The Puerto Rican pitcher was an All Star in 1994.

In 1986 the Padres signed right handed pitcher Ricardo Ricky Bones (Yes, Ricardo Ricky) as a 17-year-old out of Puerto Rico, and five years later he was a big leaguer for the first time, making eleven starts for San Diego in 1991. The young pitcher's first real claim to fame came a few months later, though, when he was traded to Milwaukee as part of the trade that got Gary Sheffield out of town. 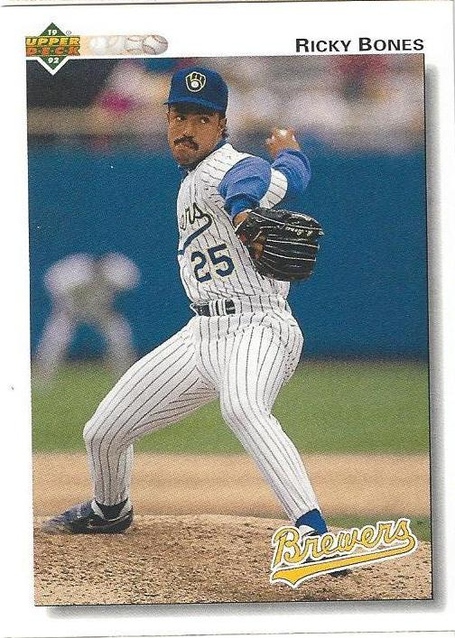 Bones pitched five solid but unspectacular seasons for the Brewers, posting a 4.64 ERA over 151 appearances. He was an All Star in 1994, working 170.2 innings in the strike-shortened season with a 3.43 ERA despite striking out just three batters per nine innings. 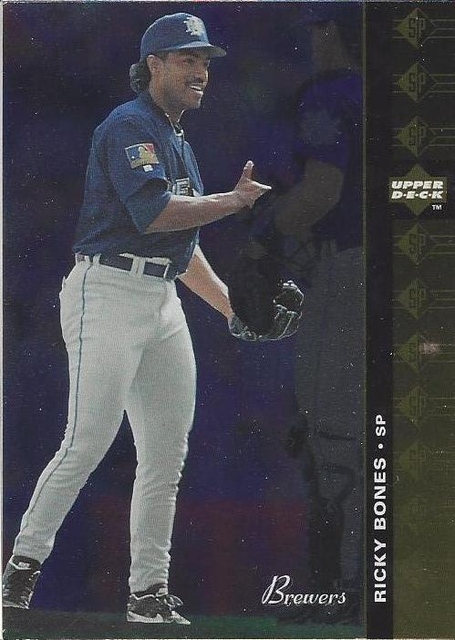 The Brewers traded Bones to the Yankees in 1996 and he went on to pitch five-plus more seasons in the majors as a member of five teams. He spent the 2012 season as the Mets' bullpen coach.

Ten years ago today the Brewers made a minor trade that brought future Reds catcher Javier Valentin to Milwaukee. We covered that event in Today In Brewer History last year.