The former Brewer and coach is one of just five Milwaukee pitchers to throw 230 innings in one of the last 20 seasons.

The Brewers struck gold with the final pick in the second round of the 1982 January secondary draft, selecting pitcher Chris Bosio out of Sacramento City College. He was the only player selected in that round of the draft to see significant playing time in the majors.

Bosio was 23 when he made his major league debut with the Brewers in 1986 and pitched seven seasons in Milwaukee. Here's his 1987 Topps card, #448 for his first season in the majors: 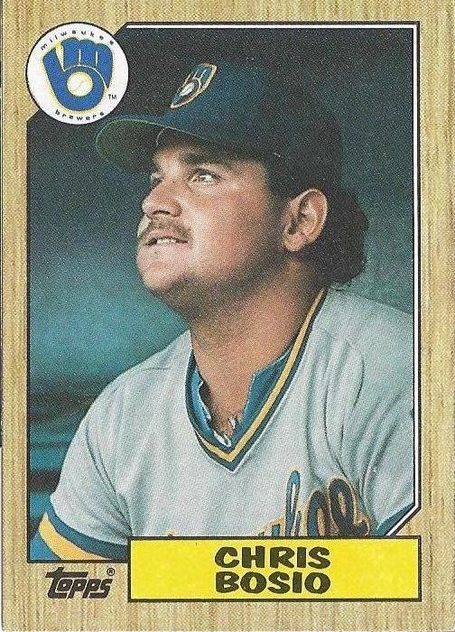 Bosio had his best season as a Brewer in 1989, posting a career-low 2.95 ERA over a career-high 234.2 innings of work, striking out a career-high 173 and pitching eight complete games. He pitched over 230 innings again in 1992, and only four other Brewer pitchers have reached that mark since: 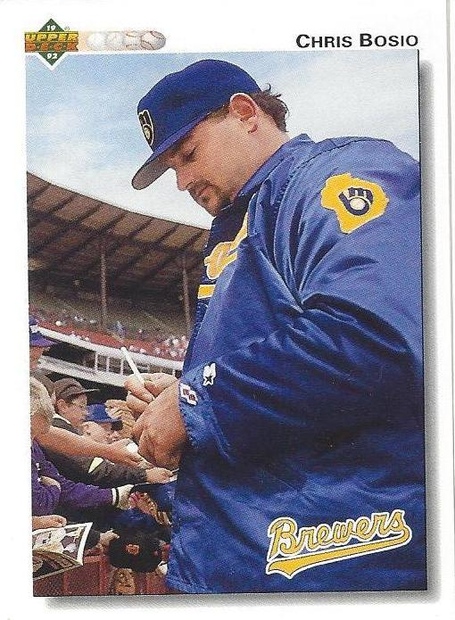 Bosio left the Brewers as a free agent following the 1992 season and pitched four years for the Mariners before calling it a career. He's since coached in the minors and majors with the Brewers, and 2012 was his first season as the Cubs' pitching coach.