The utility infielder got his 13-year major league career started as a Brewer.

Ronnie Belliard was born in New York but had moved to Miami when the Brewers selected him in the eighth round of the 1994 draft, getting easily the best value of the round. Belliard made his major league debut with a brief cup of coffee in 1998 and before the 1999 season Baseball America ranked him as the #49 prospect in all of baseball. Here's Belliard's Fleer 1998 rookie card, #U26 in the set: 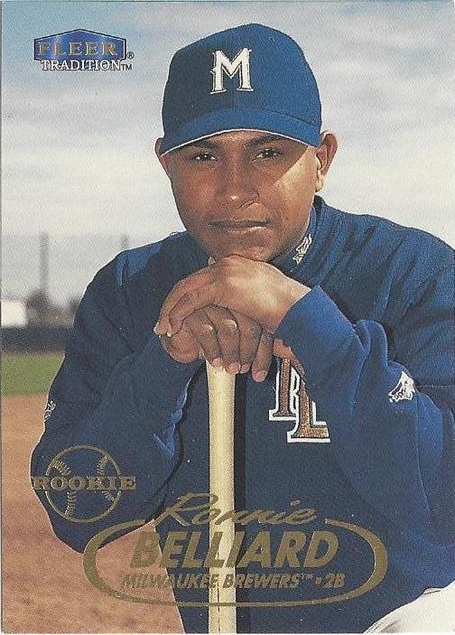 Upper Deck also made a card to commemorate his 1998 debut: 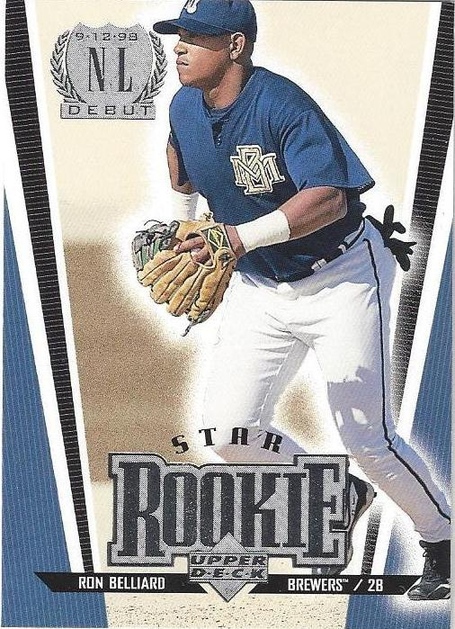 That card lists Belliard as 5'8" and 180 lbs. By the time he left Milwaukee he weighed a little more than that.

Fernando Vina's injury in 1999 opened the door for Belliard to play every day in the majors, and he responded by hitting .295/.379/.429 over 124 games. Somehow, he didn't receive a single vote for NL Rookie of the Year.

Emboldened by Belliard's success, the Brewers traded Vina to the Cardinals and installed their young star at second base for the long term. Here's his Topps card from 2000, #277 in the set: 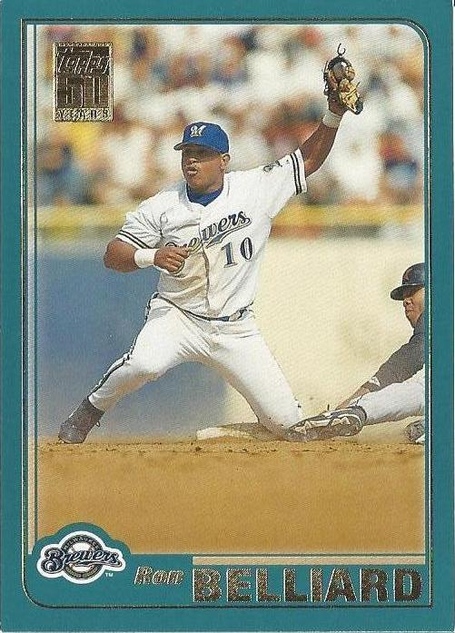 Belliard was pretty good again in 2000 and 2001 but dropped off dramatically in 2002, hitting .211/.257/.287 over 104 games. The Brewers non-tendered him, and I'm not sure anyone would have been surprised if his big league career had been over. Instead, Belliard went on to play eight more seasons in the majors as a member of five teams, most recently the 2010 Dodgers. He was an AL All Star in 2004 and finished his career with 1377 hits over 1484 games played.

Belliard retired following a stint in AAA with the Phillies in 2011.

We don't have any Brewer birthdays today, but it is the 28th anniversary of Jerry Augustine becoming a free agent in 1984, effectively ending his major league career. We covered that event in Today In Brewer History last year.