The life of a right-handed platoon partner can be a pretty quiet one at times.

The Brewers drafted outfielder Mark Brouhard in the 1979 Rule 5 draft and he spent six years with the major league team, but appeared in just 304 of the team's 919 games over that stretch.

Brouhard was, however, a great bat to have around when facing a left-handed pitcher. 533 of his 985 career plate appearances came against lefties and he hit .278/.326/.453 in those opportunities, connecting for 18 of his career 25 home runs.

Brouhard's best season was 1982, when he posted a .771 OPS in 40 games for the eventual AL Champion Brewers and had three hits in his lone postseason start against the Angels in the ALCS. Brouhard was also featured on a 1982 Donruss card, #154: 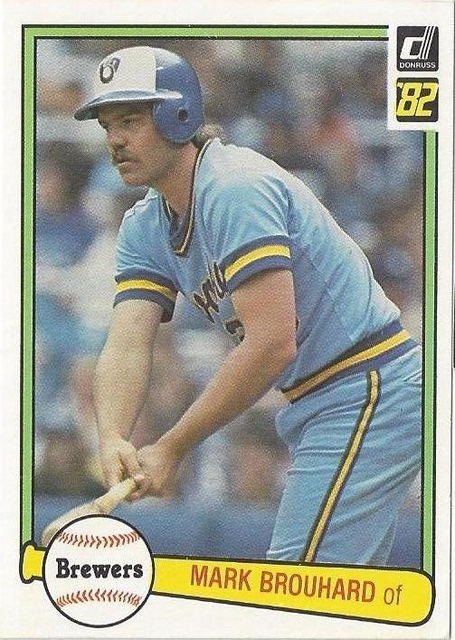 Unfortunately, "standing around holding a bat" is a more likely pose for Brouhard, which is how Donruss captured him in 1983, card #532: 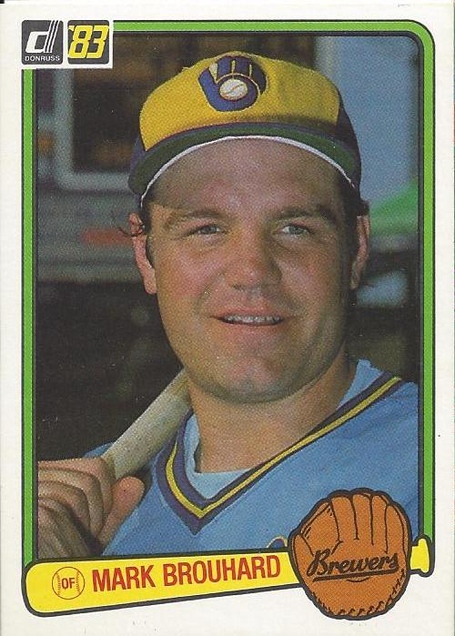 Brouhard set a career high with seven home runs in 1983 but still appeared in jut 56 games. Donruss caught him with the bat on the shoulder again for 1984 card #211: 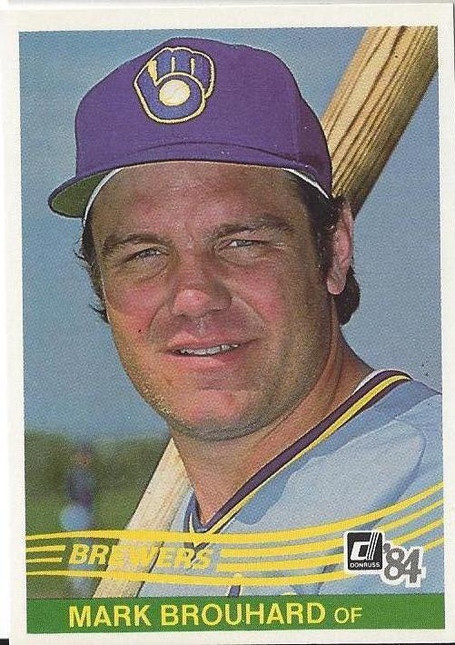 After six seasons in Milwaukee, the Brewers sold Brouhard to Japan's Yakult Swallows following the 1985 season. He spent the 1987 season in the minors with the Angels but never returned to the big leagues. According to Wikipedia he owns a painting business in Camarillo, California.

Today is also the 12th anniversary of the Brewers signing outfielder Jeffrey Hammonds as a free agent in 2000. We covered that event in this space last year.