No, not THAT Kevin Brown.

"Kevin Brown" is a name most baseball fans will recognize. It'll bring to mind visions of a 200 game winner and six-time All Star pitcher who received one of baseball's first $100 million contracts and once had a season where he pitched over 230 innings with an ERA under 2. This is not that Kevin Brown.

Kevin Dewayne Brown, also a pitcher, was the #2 overall pick in the 1986 secondary draft for the Braves and had made his major league debut as a 1990 Met when the Brewers acquired him in a trade that sent Charlie O'Brien to New York. Brown appeared in five games down the stretch for the Brewers and posted a 2.57 ERA, which was enough to get him a 1991 Donruss card. Here he is on card #674: 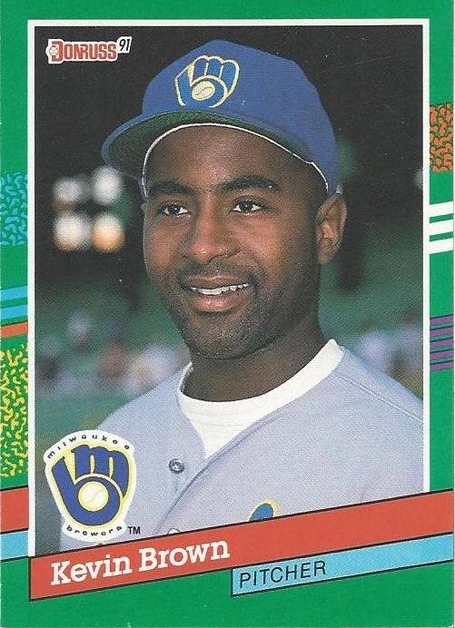 Brown made 15 appearances for the Brewers in '91, posting a 5.51 ERA. He was claimed off waivers by the Mariners the following spring and made just two more major league appearances.