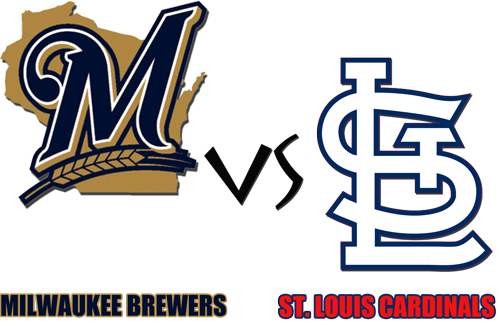 As the Brewers and Cardinals prepared for both teams' first full series of the 2012 season (the Cardinals opened play with a single game in Miami on Wednesday), DanUpBaby of Viva El Birdos was kind enough to answer a few questions about the 2012 Cardinals and this weekend's games. You can see my answers to his questions here.

BCB: Obviously the big story for the Cardinals this spring is life without Albert Pujols. Has this team done enough to ensure they'll be able to contend without him?

VEB: They've done an excellent job of filling the hole Pujols left in the payroll with players who will, for the next year or two, be approximately as valuable as he would have been. Nobody expects a huge season out of Carlos Beltran, Lance Berkman, Rafael Furcal, or even Adam Wainwright individually, but since they're replacing such luminaries as Berkman-the-outfielder, Ryan Theriot, and Kyle McClellan it's easy to see them coming up with the six or seven wins Pujols might have provided in aggregate.

What's more fraught is how the Cardinals will compete in 2013 and 2014, as their patches age and become free agents.

BCB: What, if any, plans are in place to try to keep Lance Berkman and/or Carlos Beltran as healthy as possible and in the lineup?

VEB: As bad as it would be to lose either for an extended period of time, the Cardinals have the luxury of not expecting full seasons out of Beltran and Berkman. Allen Craig is penciled in for a lot of starts in the outfield and at first base, no matter how he gets them; I think that's what put the Cardinals in the position to sign both of them in the first place.

BCB: Has Adam Wainwright come back at full speed this spring?

VEB: It's always hard to say with pitchers in the spring, but he hasn't looked bad, which is the most important thing. I don't expect him to put in another 230 inning season, and I'd probably be nervous if he did. But he's looked effective enough that the Cardinals are going to have a hard time keeping his innings down.

BCB: Do you have any update on the condition of Chris Carpenter? How will the Cardinals fill in during his absence?

VEB: It seems like every year the Cardinals have a veteran suffer from an initially benign, vague injury that eventually costs him most of the season—on VEB we call it Troy Glaus's Disease. The most recent word is that Carpenter needs to strengthen his shoulder, and could miss two months, but given the way the Cardinals' understanding of his injury wavered all spring I'll be skeptical until I see him on the mound.

BCB: Outfielder Erik Komatsu has a name many Brewer fans will recognize, as he was in the organization for several seasons. What can you tell us about his role with the Cardinals as a Rule 5 pick this season?

VEB: The Cardinals spent most of their offseason collecting fast, slap-hitting left-handed outfielders, but I was pleasantly surprised when Komatsu was the one who actually broke camp with the team. With Jay as the starter in center the Cardinals could really use a right-handed fourth outfielder, but they've yet to find one who isn't terrible.

If he's able to stick on the roster while Skip Schumaker and Allen Craig work their way back from the disabled list he's likely to spend the year doing Rule 5 things—pinch-running, defensive-replacing, trying to twist his own ankle so he can spend a month rehabbing in Memphis.

Thanks to Dan for talking the time to answer these questions, and check out Viva El Birdos for more Cardinal coverage.