Share All sharing options for: Series Preview #11: Brewers' Greatest 2011 Moments Against The Cubs 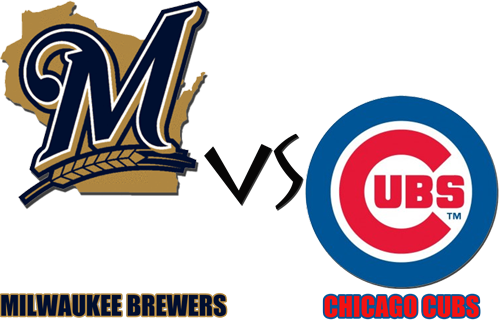 We've already talked to View From The Bleachers once in the early-going this season, so it's time for something a little different as we get ready for the Brewers' second meeting with the Cubs in 2012. The Brewers won ten games against their rivals from Chicago in 2011, and here are my five favorite moments from those games.

McGehee's awful season was already off to a slow start at this point, as he had started at third base and hit just .206/.243/.235 in the Brewers' first nine games. He wasn't in the starting lineup on this day, but made the most of his lone opportunity with the Brewers trailing 5-4 in the eighth.

2) Kameron Loe wiggles off the hook on July 26

The Brewers were clinging to a 3-2 lead on this day with Chris Narveson on the mound in the sixth, and he loaded the bases with two hits and a walk to the three batters he faced in the inning. Kameron Loe came to the rescue, though, getting a ground ball that resulted in an out at the plate and another that started this 5-4-3 double play to end the threat.

The Brewers were trailing 2-1 in the fifth inning but managed to get two men on in front of Ryan Braun, and this double and error gave the Crew the lead:

The Brewers were carrying a 2-1 lead in the top of the fifth against Carlos Zambrano, and added two much-needed insurance runs on this play. The Cubs had walked Prince Fielder to bring up Casey McGehee, who made them pay for it.

The Brewers were already up 4-1 in the third inning when Prince Fielder unleashed this 428 foot blast off Ryan Dempster.

Fielder's homer was one of three for the Brewers in the game.