Series Preview #22: Reviewing Brewer Wins Over the Twins in 2011

Share All sharing options for: Series Preview #22: Reviewing Brewer Wins Over the Twins in 2011 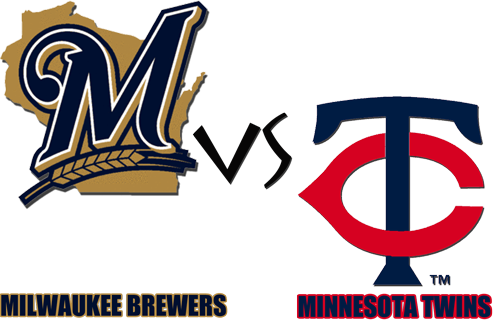 The Brewers limp into the Twin Cities tonight to begin a three-game set with the Twins in the second of two interleague matchups with our friends on the other side of the Mighty Mississippi. Things are bleak right now, so let's take a look back to happier times: 2011, when the Crew took four of six against the Twinkies.

We're taking these out of chronological order, in part because we need a pick-me-up and in part because this win was one of the most exciting in 2011. The Crew was staring at a 7-0 deficit after four innings, but came all the way back to swipe a victory at Target Field. George Kottaras delivered the decisive blow with a pinch-hit single in the ninth, but my favorite part came one batter earlier. LOL Michael Cuddyer.

Hit the jump for the rest of Milwaukee's wins over Minnesota in 2011.

(2) Prince Fielder's two-run double in the seventh boosts the Crew to a 4-3 win at Miller Park on June 24.

Randy Wolf coughed up a two-run lead when he -- somehow -- surrendered a three-run homer to Danny Valencia in the sixth inning, but Prince Fielder made up the deficit and gave the Crew the lead with a two-out, two-run double in the seventh inning. Miss u, Big Fella.

(3) Fueled by an inside-the-park homer from Yuni Betancourt, the Brewers romp to an 11-1 win over the Twins on June 25.

No, really. That really happened. Don't miss u, Yuni.

It was the NarvDog show in this one, as Chris Narveson worked 6.2 effective innings and helped his own cause with a run-scoring double at the dish.