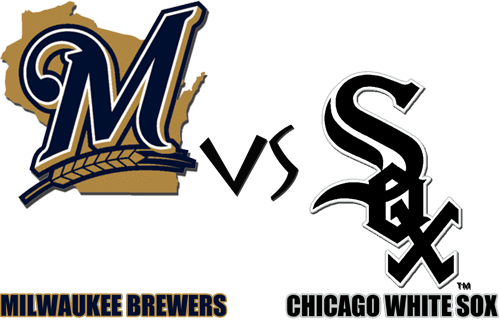 As the Brewers and White Sox prepare to renew their old American League rivalry, Jim Margalus of South Side Sox was kind enough to answer some questions about this team and this series.

BCB: Friday night the Brewers are going to face Chris Sale for the first time. What can you tell us about him?

SSS: Chris Sale is a reason to tune in every five days, is what he is. Tough motion to follow, big fastball, good slider, and his changeup, which was his go-to second pitch in college, is finally coming around. It'll be interesting to see how he comes out of the gate against Greinke. There was a lot of hype around his previous start against Clayton Kershaw -- great lefty against great lefty -- and he looked like he wanted it a little too much, overthrowing his fastball and slider and never really finding a groove. Greinke-Sale is another headliner, and we'll see if he comes out with more control of his adrenaline.

BCB: Paul Konerko is this team's oldest player and also its most valuable offensive contributor, entering play Friday with an OPS over 1.000. Can he keep this up for a full season?

SSS: 1.000 is probably out of reach, but he can hang above .950 if he stays healthy. He's turned into one of the most disciplined hitters in baseball, and has a variety of swings based on situations. My favorite Konerko stat this year: He's batting .318/.375/.705 after falling behind 0-2. He's never out of an at-bat.

BCB: Entering play Friday this team has eight regulars that have appeared in at least 60 of the team's 69 games. Has health been the key to this team's early success?

SSS: Well, health has become something the Sox can rely on more than most teams, as Herm Schneider is regarded as baseball's top trainer. Actually, I'd say the injury bug has had a greater impact than usual this year. But John Danks hasn't been right all year, and now he's on the DL through mid-July probably. That hurts. Same goes for Brent Morel and his bad back, and the Sox have struggled to find anybody who can play third.

Fortunately, the Sox have been able to counter those with good years by Adam Dunn and Alex Rios so far. They were such disasters last year that they were worse than injuries, so I guess you can give them bonus points in this category.

BCB: Three different pitchers have recorded a save for the White Sox this season, but Addison Reed holds the closer role now and had converted each of his first eight opportunities before blowing one on Sunday. Is the 23-year-old 2010 draft pick going to stick in this role long term?

SSS: Yup, Reed's probably the closer of the foreseeable future. He's got a terrific fastball, and he's supposed to have a slider to match, although it's been lagging a bit this year. But he should be fine for the spot for this year, and the next several if all goes as planned.

BCB: Entering the season this White Sox team was largely projected to be an also-ran in a division the Tigers were supposed to clinch in August. Is this team positioned to compete, or is Detroit too close in the rear view mirror?

SSS: The AL Central is terrible, so the Sox can hang around (hell, look where the Royals are after the start they had). They just have no depth. They've lucked into discovering Jose Quintana (who has come from humble origins to outpitch Danks by a huge margin), but they're not going to stumble into that kind of reserve production elsewhere. If they stay healthy, they can be in it for the summer, but they're going to need to keep all their core players working, because it's going to be hard for Kenny Williams or Robin Ventura to find reinforcements.

Thanks again to Jim for taking the time, and don't forget to check out South Side Sox for more on the White Sox!