Share All sharing options for: Series Preview #39: Reviewing The Best Brewers/Phillies Moments From 2011 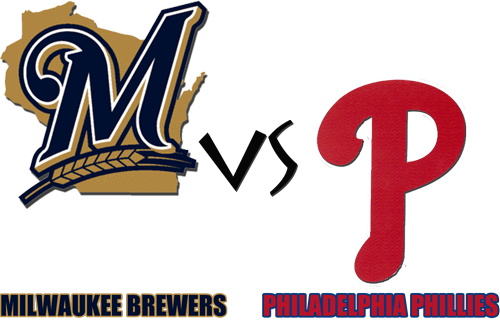 As the Brewers and Phillies get ready for their second and final meeting of 2012, we'll take a look back at our favorite moments involving these two teams last season. The Brewers only beat the Phillies three times in 2011, but all three were great games.

Yovani Gallardo tied a season-high with 12 strikeouts in this game but it almost wasn't enough as the Crew went into the seventh inning trailing 2-1. The Brewers put together a two-out rally against Vance Worley, though, with back-to-back doubles by Corey Hart and Nyjer Morgan setting the stage for Ryan Braun to give the Brewers the lead with this hit:

The Brewers carried a 3-2 lead into the ninth on this day but couldn't hold it as John Axford allowed a run to send the game into extras. It was still 3-3 in the 12th when the Brewers scored three runs on one hit, three walks, an error, a wild pitch and two sac flies. Here's their lone hit in the inning:

It's worth noting that Axford's blown save on that day was his last of the season.

Four Brewer pitchers (Wolf for six innings and Zach Braddock, Sean Green and Mike McClendon for one each) combined to allow just two hits on this day and the Brewers scored six runs in the seventh inning to run away with it.