The Brewers and Reds meet for the final time this week and we talked to RijoSaboCaseyWKRP about it. 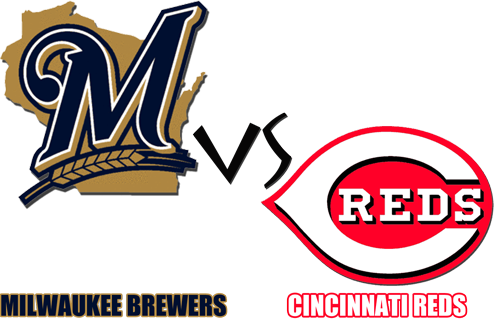 While the Brewers and Reds get ready for their final meeting of the 2012 season, we exchanged questions with RijoSaboCaseyWKRP of Red Reporter to help you prepare for this series.

BCB: The Reds have clinched the NL Central and will enter play Tuesday a game behind Washington for the NL's best record. How important would the #1 seed in the playoffs be to this team?

RR: The team might be buoyed by the #1 seed more than I realize, but I don't think it makes much practical difference. The opening round of the playoffs diminishes the important of homefield advantage with the 2-3 format and I don't think there's much difference for the Reds in playing the Cards/Braves (sorry, just using the standings here) vs. the Giants, though I could be under-selling the Giants momentum. Given that RR-favorite Davey Johnson is resting his regulars too, I think the Reds should do the same and if the #1 spot presents itself, well, they won't refuse it.

BCB: The Reds gave up a lot for (probable Thursday starter) Mat Latos, but have been rewarded with nearly 200 solid innings from him. Do you consider that trade a success?

RR: I do, I really do. It was always about trading Now for Later and I think the Reds are a much better team now than they would have been without the trade, given their depth at the positions they traded away. It's going to look worse over time, by design, as Grandal and Boxberger get a foothold in the majors. But Latos is still just 24 and, with park adjustments, has pitched better than he did in 2011. If that's the baseline, I like the trade no matter what happens in San Diego.

RR: He was in Chicago for some extra supervision and back at the ballpark, though not managing, Sunday. As of my writing this, he was questionable for tonight's game.

BCB: 13 different pitchers have worked at least ten innings for the Reds this season, and 12 of them (everyone but Mike Leake) have an ERA under 4. Has pitching been this team's biggest surprise?

RR: I'd say the bullpen has been the biggest surprise. These team lost Madson and Masset for the whole year and Bill Bray for all but 8 innings - all of whom figured to be late innings guys. They also got rid of Jared Burton, who's had a great year in the AL. Yet they've managed to assemble the best bullpen in the league. It's also surprised me how healthy the starting rotation has been. Their pitching depth has been razor thin, but it hasn't mattered.

Thanks to RijoSaboCaseyWKRP for taking the time, and check out (newly redesigned) Red Reporter for more on the Reds!