Canale appeared in just 44 games as a Brewer, but is forever immortalized on a baseball card.

With the 139th overall pick in the 1986 draft the Brewers selected first baseman George Canale, an All-American first baseman from Virginia Tech, and his early professional career showed some promise. He posted double-digit home run totals in each of his first three full professional seasons, and earned a callup to the Brewers for the first time after hitting .278/.366/.487 for AAA Denver in 1989. 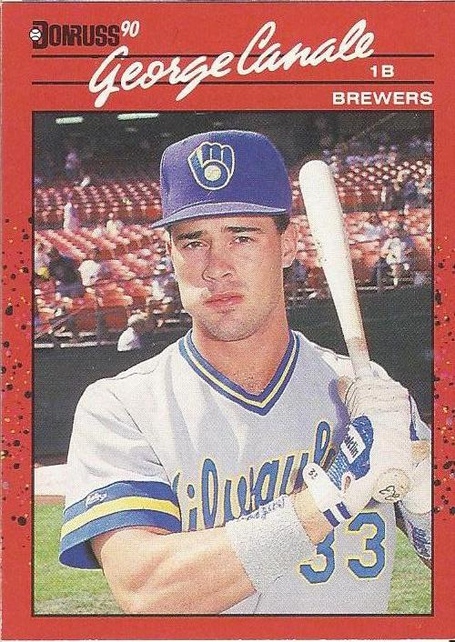 Since making his last major league appearance in 1991 Canale has played in the minors and in Italy (where he won a home run title in 1996), Taiwan and Korea.