Better remembered as a Yankee, he was the Brewers' primary catcher in 1986.

If you can wear a catcher's mitt and use it reasonably well, you can play in the majors for quite some time. Just ask Rick Cerone. 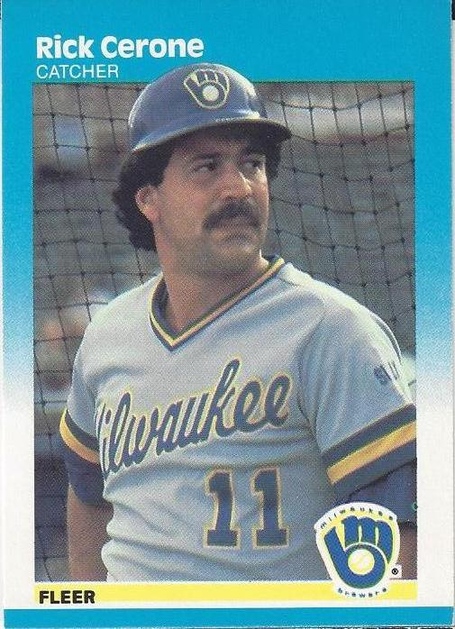 By the time that card had been printed, though, Cerone had moved on: He signed as a free agent with the Yankees in February of 1987.

After his career was over, Cerone was the founder of the independent league Newark Bears in 1998. He sold the team in 2003.

With help from Brewerfan.net and the B-Ref Play Index, we'd like to wish a happy birthday today to: