Bryan Richard Clutterbuck was born in Detroit in 1959 and went to college at Eastern Michigan (located in relatively nearby Ypsilanti) before the Brewers selected him with the 176th overall pick in the 1981 draft. After stints in Butte, Beloit, El Paso and Vancouver he joined the Brewers for the first time in 1986, pitching in 20 games in relief and posting a 4.29 ERA.

Those 20 appearances were enough to get Clutterbuck on a pair of baseball cards in 1987. Here's his Fleer from that season, #342: 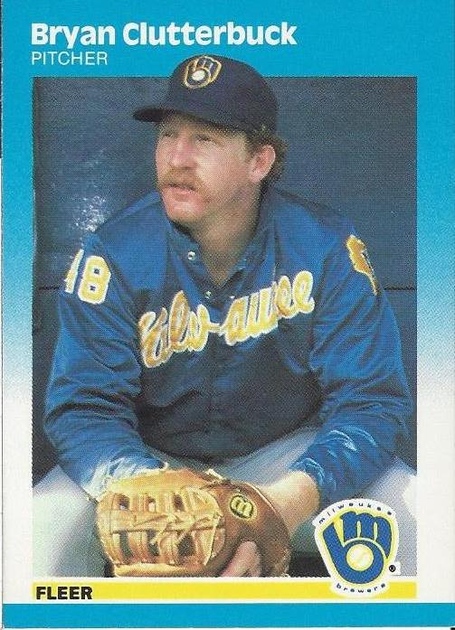 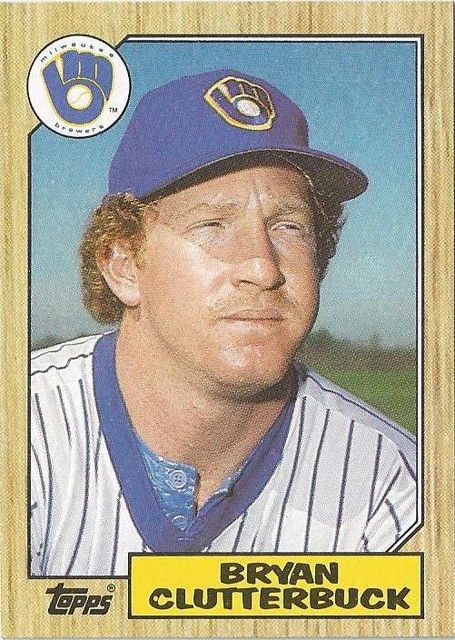 Those 1987 cards were the last we saw of Clutterbuck in the majors, though, as injury limited him to just seven AAA appearances that season. He returned to the big leagues to make 14 appearances (eleven starts) in 1989, but that was his final season in affiliated pro baseball.

A few years ago Sully Baseball ran a post on Clutterbuck and noted that he's currently coaching Little League in Michigan.

With help from the B-Ref Play Index, happy birthday today to 1999 and 2001 Brewer Rocky Coppinger. He turns 39.

Today is also the 34th anniversary of the Phillies releasing longtime Brewer outfielder Dave May, ending his major league career. We covered that event in Today In Brewer History last year.

After over 600 installments spanning nearly two full years, there are some days where I've exhausted all of the available content for Today In Brewer History. Brewers A-Z is a supplemental feature to help fill in the gaps in my historical calendar. You can see past installments in the series in its special section.