The Brewers went with a projectable right-handed high school starter with the No. 54 overall pick.

A commit to the University of Missouri, Williams was considered one of the better right-handed prep arms in this year's draft class after putting up tremendous numbers for his high school team during his junior and senior seasons. Coming into Thursday evening's action, the 18-year-old was ranked as the draft's 43rd-best talent according to Jim Callis of Baseball America, but was nowhere to be found on Jonathan Mayo's top 100 prospects list.

Williams has been a consistent turnout at various showcase events across the nation since his days as a 16-year-old, when scouts got their first look at him at the Perfect Game 17u National Championships in Marietta, Georgia. That year, he checked in at 6-foot-3, 165 pounds but has added some girth since then. This past February at the 2013 Pitcher/Catcher Indoor Showcase in Cedar Rapids, Iowa, he checked in at 6-foot-3, 172 pounds and left a solid impression on scouts in attendance leading up to draft day.

Here are some scouting notes on Williams.

Body/Frame: Athletic and slender frame with room to build muscle on his lower half. Said to be progressing well with his strength-training regimen. Ideally would like to see him get up to the 200-pound range but that could be a stretch; 195 seems more realistic.

Mechanics: Side steps to begin fast-paced delivery; high leg kick to initiate good downward motion toward the plate; arm action is loose out of a high 3/4 arm slot; gets decent downward plane on his pitches; can improve arm slots to add more deception to his offerings. 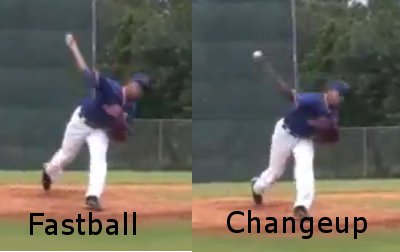 Stuff: Currently has a respectable three-pitch mix, each of which project to be at the very least major league average offerings. Like most high school prep pitchers, he relies heavily on his fastball and with coaching further experience will develop confidence in his secondary stuff in jams.

Fastball (50/60) consistently sits in the 90-93 MPH range with loose arm action and can run it up to 95 on occasion; has good command of the pitch and solid sink to it at times; could be above average down the road. Shows good feel for an 84-85 MPH changeup (45/55) with decent arm-side fade; will need to heighten his arm angle on the pitch to add more deception off his fastball, but overall a solid offering. Slider (35/50) has tight break at 83 MPH but will need to challenge hitters with it more consistently before it becomes a legitimate weapon, as he generally throws it for whiffs rather than called strikes.