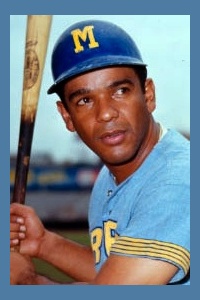 The Brewers finished 20th in winning percentage in 1971, and the 20th ranked player in WAR was Gus Gil.

Gus was lucky to make it to the Majors. He was an athletic infielder with a light bat who tried to make the most of his opportunities. Before he could even be evaluated as a baseball talent he had to escape the streets of Caracas, and he fled the chaos that followed the exile of Venezuelan dictator Perez Jimenez.

At age 18 he somehow made his way northward to the United States and was signed as an amateur free agent in 1958 by the Reds organization. He worked his way up through the minors, stalling at the AAA level for four years before finally getting a shot with the Cleveland Indians. He played 51 errorless (and mostly offense-less) games for the Tribe and was sent back down to the minors.

When expansion came in 1969 there was room for Gil again and he was acquired by the Pilots (for a rumored "box of popcorn and three postage stamps") and saw significant playing time that first year. By 1971 however better players were filtering into the Brewer system and there wasn’t room for Gil anymore, and he was sent back down to the minors for good.

Gil kept plugging away in the minors through 1976, eventually ending his playing days in the Mexican League. He didn’t leave baseball completely however, and managed four seasons in the minors, including the 1990 Bluefield Orioles, where he was the first professional manager for 17th round draft pick and future Brewer, Greg Zaun.

1971 FotF: Gil was representative of the transitions of the Franchise. The original Pilots roster (that Tommy Harper referred to as a "bunch of mutts") was turning over with old faces being replaced by future Brewer talent. Gil had his opportunity and was grateful for it, and in some ways embraced transitions in his life: As an early fan favorite with the Pilots, later as a minor league manager, working in the offseason as a draftsman, and in retirement as an employee of the US Citizenship and Immigration Service. 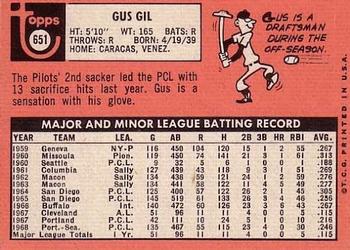 You can also read about 1970's Face of the Franchise Fred Stanley here.