Ryan Braun has released a statement on his suspension and PED usage. 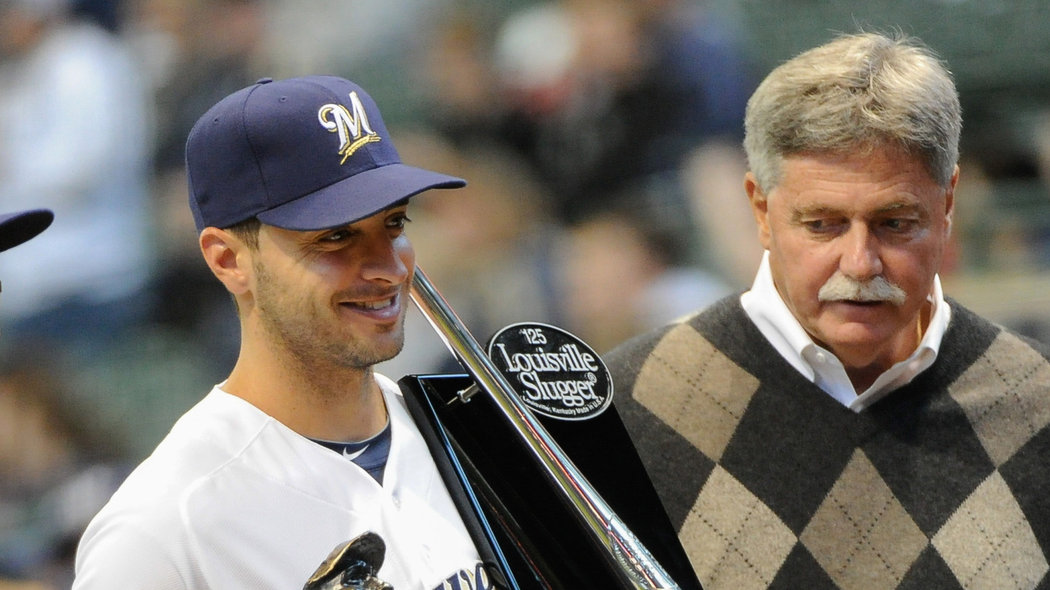 Ryan Braun released a statement tonight about his suspension, his usage of PEDs, and apologizing for what he has done.  You can see the blog post from Adam McCalvy here, but here is the full text:

Now that the initial MLB investigation is over, I want to apologize for my actions and provide a more specific account of what I did and why I deserved to be suspended. I have no one to blame but myself. I know that over the last year and a half I made some serious mistakes, both in the information I failed to share during my arbitration hearing and the comments I made to the press afterwards.

I have disappointed the people closest to me - the ones who fought for me because they truly believed me all along. I kept the truth from everyone. For a long time, I was in denial and convinced myself that I had not done anything wrong.

It is important that people understand that I did not share details of what happened with anyone until recently. My family, my teammates, the Brewers organization, my friends, agents, and advisors had no knowledge of these facts, and no one should be blamed but me. Those who put their necks out for me have been embarrassed by my behavior. I don't have the words to express how sorry I am for that.

Here is what happened. During the latter part of the 2011 season, I was dealing with a nagging injury and I turned to products for a short period of time that I shouldn't have used. The products were a cream and a lozenge which I was told could help expedite my rehabilitation. It was a huge mistake for which I am deeply ashamed and I compounded the situation by not admitting my mistakes immediately.

I deeply regret many of the things I said at the press conference after the arbitrator's decision in February 2012. At that time, I still didn't want to believe that I had used a banned substance. I think a combination of feeling self righteous and having a lot of unjustified anger led me to react the way I did. I felt wronged and attacked, but looking back now, I was the one who was wrong. I am beyond embarrassed that I said what I thought I needed to say to defend my clouded vision of reality. I am just starting the process of trying to understand why I responded the way I did, which I continue to regret. There is no excuse for any of this.

For too long during this process, I convinced myself that I had not done anything wrong. After my interview with MLB in late June of this year, I came to the realization that it was time to come to grips with the truth. I was never presented with baseball's evidence against me, but I didn't need to be, because I knew what I had done. I realized the magnitude of my poor decisions and finally focused on dealing with the realities of-and the punishment for-my actions.

I requested a second meeting with Baseball to acknowledge my violation of the drug policy and to engage in discussions about appropriate punishment for my actions. By coming forward when I did and waiving my right to appeal any sanctions that were going to be imposed, I knew I was making the correct decision and taking the first step in the right direction. It was important to me to begin my suspension immediately to minimize the burden on everyone I had so negatively affected- my teammates, the entire Brewers organization, the fans and all of MLB. There has been plenty of rumor and speculation about my situation, and I am aware that my admission may result in additional attacks and accusations from others.

I love the great game of baseball and I am very sorry for any damage done to the game. I have privately expressed my apologies to Commissioner Selig and Rob Manfred of MLB and to Michael Weiner and his staff at the Players' Association. I'm very grateful for the support I've received from them. I sincerely apologize to everybody involved in the arbitration process, including the collector, Dino Laurenzi, Jr. I feel terrible that I put my teammates in a position where they were asked some very difficult and uncomfortable questions. One of my primary goals is to make amends with them.

I understand it's a blessing and a tremendous honor to play this game at the Major League level. I also understand the intensity of the disappointment from teammates, fans, and other players. When it comes to both my actions and my words, I made some very serious mistakes and I can only ask for the forgiveness of everyone I let down. I will never make the same errors again and I intend to share the lessons I learned with others so they don't repeat my mistakes. Moving forward, I want to be part of the solution and no longer part of the problem.

I support baseball's Joint Drug Treatment and Prevention Program and the importance of cleaning up the game. What I did goes against everything I have always valued- achieving through hard work and dedication, and being honest both on and off the field. I also understand that I will now have to work very, very hard to begin to earn back people's trust and support. I am dedicated to making amends and to earning back the trust of my teammates, the fans, the entire Brewers' organization, my sponsors, advisors and from MLB. I am hopeful that I can earn back the trust from those who I have disappointed and those who are willing to give me the opportunity. I am deeply sorry for my actions, and I apologize to everyone who has been adversely affected by them.

What do you think?  Is this enough for you, or do you need more?

At 7:05 pm CDT a letter was sent to Brewers fans via email with the following text:

August 22, 2013 Letter to the fans of the Milwaukee Brewers: I have always been very grateful for the privilege of playing baseball in the great city of Milwaukee. I am so sorry for letting you down by being in denial for so long and not telling the whole truth about what happened. I am ashamed and extremely embarrassed by the decisions I made. There are no excuses for what I did and I take full responsibility for my actions. I apologize to all Brewers fans for disappointing you. I came forward because I knew it was time for me to tell the truth and accept my punishment. I understand I have abused your trust and that of our great owner Mark Attanasio and the entire Brewers organization. Admitting my mistakes and asking for your forgiveness are the first steps in what I know will be a lengthy process to prove myself to you again. It is an honor to represent the people of Wisconsin by wearing a Brewers uniform. I want all of you to know how much I have appreciated the support I've received from so many of you throughout my years with the organization. I will continue to work on improving myself and making amends for what I have done. I am deeply sorry for my actions and I apologize to everyone I have let down. I am committed to doing everything I can to earn back your trust and support. Sincerely, Ryan Braun