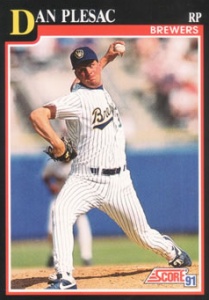 The Brewers finished 14th in winning percentage in 1991, and the 14th ranked player in WAR was pitcher Dan Plesac. 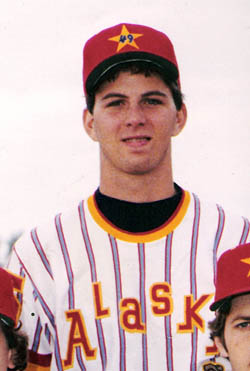 Following the 1982 World Series, the Brewers had the final non-supplemental pick in the 1983 amateur draft. The first overall pick was used by the Twins to select pitcher Tim Belcher, who did not sign with them. The 19th overall pick by the Red Sox was used to select pitcher Roger Clemens, and that turned out well for them. The next most successful pick in the first round was used to bring Dan Plesac from North Carolina State University to the Brewers.

Plesac was a left-handed talent that was well-recognized growing up. At 6-foot-5 he was hard to miss, and being a hard-throwing lefty he had a lot of opportunities open to him. In addition to his college play he spent a summer with the Alaska Goldpanners, a collegiate summer barnstorming team.

In the spring of 1986 Plesac jumped from the AA El Paso Diablos to the Brewers along with teammates Glen Braggs and Chris Bosio. Veteran righty Mark Clear was the primary closer in the pen, and Plesac immediately became the left-handed option. For the next five seasons Plesac would become the primary closer, finishing out games for starters like Teddy Higuera, Juan Nieves, Don August, and Bosio. From 1987-89 he was a member of the AL's All-Star teams and He still holds the Brewers' career record with 133 saves, 27 more than John Axford.

In 1991 he lost his hold on the closer role. He blew 10 of 34 save opportunities in 1990, and at the end of the season he had mixed results as a starter. As a result the Brewers brought in Edwin Nunez and Julio Machado to form more of an ensemble bullpen. Plesac saved a few games, but the stopper role ended up with Doug Henry, who had a spectacular season and was virtually unhittable in September.

I'm just trying to get back to where I was two years ago. I had gotten so out of whack mechanically. I promised myself before I got here (this spring) that I would learn how to walk before I ran.

The chief reason for the move (to the rotation) was Plesac's complaint that his arm no longer bounced back fast enough to pitch out of the bullpen. A cortisone shot, rest and 'every anti-inflammatory known to man' failed to bring life back to Plesac's arm.

In '92 Plesac was used for a few starts and mostly as left-handed middle relief, and at age 30 the Brewers probably thought he was finished. But tall, mostly healthy, experienced left-handed pitchers don't go quietly. After leaving the Brewers Plesac went on to pitch for the Cubs, Pirates, Blue Jays, Diamondbacks, and Phillies, finally retiring in 2003 at age 41. After that the old reliever with the boyish face turned to his horses and a gig in broadcasting, and currently does something with the MLB Network that I'm told is pretty decent. 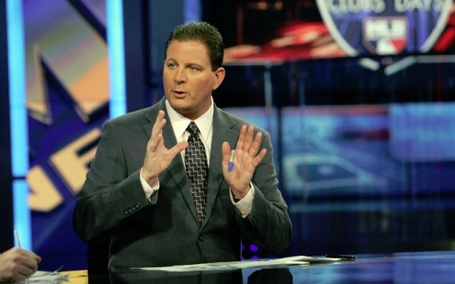 1991 FotF: '91 was a transition year. Molitor hung up his glove to DH full time, Trebelhorn was fired after the season, Robin Yount only two seasons removed from winning the MVP was showing serious decline, Teddy Higuera was injured and his career was basically over, and people were moved where they were needed to get through the season as well as they could. It was a winning season, one where the veterans started losing their grip on the team as the influx of young players proved to be the source for their winning ways. Dan Plesac wanted to win, and pitched in the pen and the rotation, and never complained about the changes. Despite the injuries, with effort and attitude things would get better.