Many have cautioned against trusting his video game production in the minors - and the majors - but if a guy mashes his whole life, could he just be a masher?

Share All sharing options for: Maybe It's Time to Take Khris Davis Seriously

On December 5th, the Brewers traded one of their most consistent hitters and committed to move their franchise player across the diamond to right field. This was done in order to make Khris Davis the Milwaukee Brewers' starting left fielder for the 2014 season. That's kind of a big deal. Big enough to create some buzz, right?

Well, not really. Most of what has been written about the Brewers this winter has been concerning things they haven't done.

But I think the decision is worthy of some conversation. This isn't moving Bill Hall to center field to accommodate slick-fielding JJ Hardy or moving a younger Ryan Braun from third base because he clearly couldn't handle the position. Braun was just about right for left field - athletic enough to handle shagging and an arm sufficient for limited duty. But they're asking more from him to make room for Davis, who has barely cracked Brewers' prospect watch lists, if at all, since he was drafted in 2009.

Why aren't there prognosticators soiling themselves at the thought of Davis getting everyday ABs in Miller Park? The power jumps off the page, but for some reason the man himself refers to it as a "secret weapon". The reason is that Davis has barely been considered a prospect and therefore virtually ignored. All I could think was that he was lowly regarded out of college, and that the experts believe his production to be a fluke given his raw physical tools. You know - long swing, bad defense, too small - the usual. So I started from the beginning.

Move Him to First: A Closer Look at Positional Value 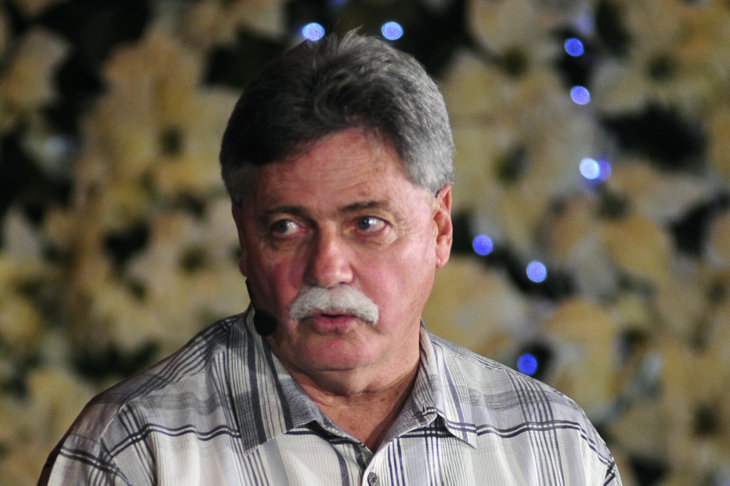 Davis drew the mild interest of the New York Mets with an eye-popping season as a senior at Deer Valley High School in Glendale, Arizona, where he hit .592 with 10 home runs and 50 RBI (1.173 slugging percentage) in 2006, helping the team to a State 5AII Championship. The Mets selected him in the 26th round of 2006 draft, but he declined and chose to attend Cal State Fullerton to pursue a degree in kinesiology.

As a freshman he started 37 of 63 games, posting a respectable .376 OBP, but managing only a .288 SLG without a single home run. In his sophomore campaign in 2008 he actually saw a decrease in ABs due to him becoming one of the Titans' most important role players. He improved to a .462 SLG aided by his excellent bench contribution, going 9-for-21 with three home runs and 12 RBI as a pinch hitter. Fellow teammate Erik Komatsu, who posted a .355/.459/.593 slash starting all but two games, was selected by the Brewers in the 8th round of that year's draft.

Davis' junior year was his breakout college performance. Playing alongside future Brewers farmhand Nick Ramirez, Davis unleashed the power stroke in an everyday role, starting 61 of the Titans' 63 games. He led the team with 16 home runs and finished the season with an impressive .328/.412/.642(!) slash line. He was the offensive leader for the last Titans' team to make an appearance in the College World Series, though they were booted by Virginia in the first round.

With an apparent keen eye on Fullerton baseball, the Brewers were sold enough on Davis' talent to draft him in the 7th round of the 2009 draft. As seen above, Davis has done very little to disappoint. Despite this, he has stealthily dodged almost every top Brewers' prospect list while methodically ascending his way through the Brewers' farm system.

Here are a few interesting comments concerning Davis' prospects from a handful of Q&A chats at Baseball Prospectus:

A (Mark Anderson): I don't expect Davis to mash long term. I think he can be a useful piece for the Brewers, but not a centerpiece.

Q (12/17/2013): Which do you think will have the best career? Marcell Ozuna, Jake Marisnick, Michael Choice, Khris Davis? And can you rank the 4 for career?

Q (6/27/2011): Khristopher Davis is hitting well for the Brewers at Brevard County. Any chance he can become anything or does he need to do it at AA to get any actual attention? Age working against him?

A (Kevin Goldstein): I actually kind of like Davis, but yes, he'll need to keep proving it. I still think he could get to the big leagues, which would exceed expectations.

The staff at BP over the last couple seasons has shown an increasing willingness to believe in Davis' ability; in their 2012 annual they stated that Khris "doesn't have the tools of Kentrail [Davis]", referring to him as "the other K. Davis". To be fair, Kentrail was a higher draft pick whose prospects were pretty widely heralded at the time, but it helps show how the tables have significantly turned. In the 2013 edition BP notes his "weak arm and poor foot speed," but admit that his bat "might just be able to carry him."

Parks did not include Davis' name in any capacity in last year's list of top Brewers prospects. In 2012, Goldstein, who is perhaps the most bullish on Davis, had him at #20. #13 in '11. Crickets in '10. He has never cracked Fangraphs' Marc Hulet's annual top 10/15 list. He's never made Tom Haudricourt's top 10 list over at Baseball America. Yet the Brewers are moving Ryan Braun defensively, which really isn't a guaranteed success, to get his bat in the lineup.

Two summers ago, Goldstein (who is now the director of professional scouting over at Houston) commented on Khris Davis as such: "Sometimes you just get a feeling about a guy," and "he can really hit, always has, and there's an onus on the Brewers to see just how good he really is". The Brewers seem to agree. Maybe it's something to start getting excited about.