Well hot damn and by golly. The Brewers appear to be cookin' up a little first base competition with yet another minor league free agent signing. This time, it's an old friend.

Lyle Overbay is back and he's got a ticket to Maryvale to compete for a roster spot in spring training. After the Brewers signed Mark Reynolds to a minor league deal with a nudge-nudge implied agreement that he will totally make the active roster, it seemed like the team was probably content to go with him and Juan Francisco/Sean Halton/Hunter Morris in spring.

Apparently they were not. Overbay has been a sort-of target for the last few weeks, though it was never clear how much of that was actual interest and how much of it was writers seeing a hole at first base, the fact that Overbay is a former Brewer, and putting two and two together. 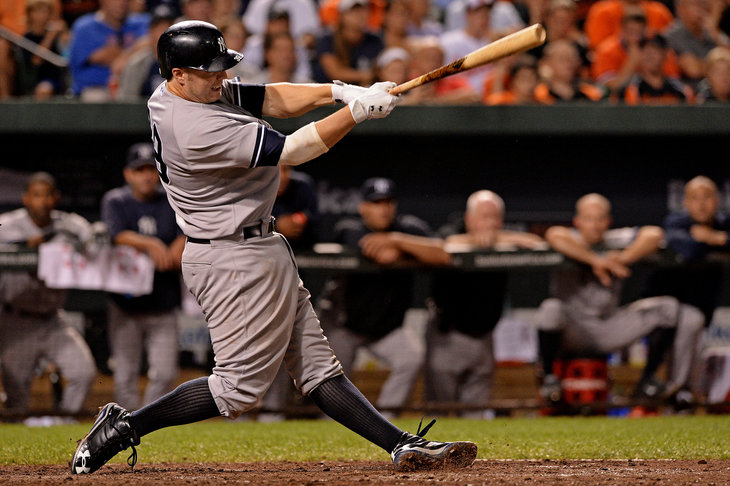 Overbay was a part of the fabled Richie Sexson trade with the Diamondbacks. He came over with Junior Spivey, Chris Capuano, Craig Counsell, Chad Moeller and Jorge De La Rosa and was the primary starter at first base for the Brewers in both 2004 and 2005, which really doesn't seem that long ago. He was pretty good, too, but was traded to the Blue Jays for Dave Bush when Milwaukee had bigger, better, and more royal-sounding things on the horizon.

In his two years with Milwaukee, Overbay was a fan favorite (Oooooooo) and a surprisingly good player. He led the NL with 53 doubles in 2004 while posting a .301/.385/.478 batting line, one of the better performances the team had seen in around the time. He dropped off a little the next year, but still hit for an 816 OPS. Overbay had a great season in his first year with the Blue Jays and hit a career-high 22 home runs, but only OPS'd over 777 one time after that.

Overbay brings the Brewers one step closer to being the 2013 Yankees. Both he and Mark Reynolds most recently spent time in New York, and both teams even have their own Biogenesis player (though the Brewers' gets to play next year -- haha, Yankees [wait, crap, Rodriguez suspended is actually a win for them]). Overbay played in 142 games for New York last year, hitting .240/.295/.393.

The way he has played recently, it's absolutely possible he's not going to be all that useful of a player anymore. He is 36 years old now, after all. That would be a terrible bummer given that I'm sure just about any Brewers fan would love for him to come in and kick ass for the team once more. Still, he bats left-handed and Mark Reynolds hits righty. The latter has been pretty much assured a roster spot, so Overbay's chances will rely on him beating Francisco out as a platoon partner.

Either way, it's good to see O back and at least have a shot. He couldn't have found a much better spot to land this offseason.

Also, he inspired a pretty neat fan site (on LiveJournal!). So go there and measure how loud your "O" chant is.