Free agency, the Rule-5 draft, and the 40-man roster

Last week I did a series on Brewers free agents and the 2015 roster. This could be considered an addendum.

Share All sharing options for: Free agency, the Rule-5 draft, and the 40-man roster

Last week we took a pretty extensive look at Brewers coming roster decisions. We also took our first look at next year's 25-man roster and payroll. In all that I did forget about one thing. I didn't review what the 40-man roster is going to look like this winter.

By now I'm sure everyone knows that once the World Series ends and free agents officially become free agents they will be removed from the 40-man roster. The Brewers free agents going into winter will be Lyle Overbay, Mark Reynolds, Francisco Rodriguez, Zach Duke, and Tom Gorzelanny.

Preliminary look at the Brewers 2015 roster and payroll 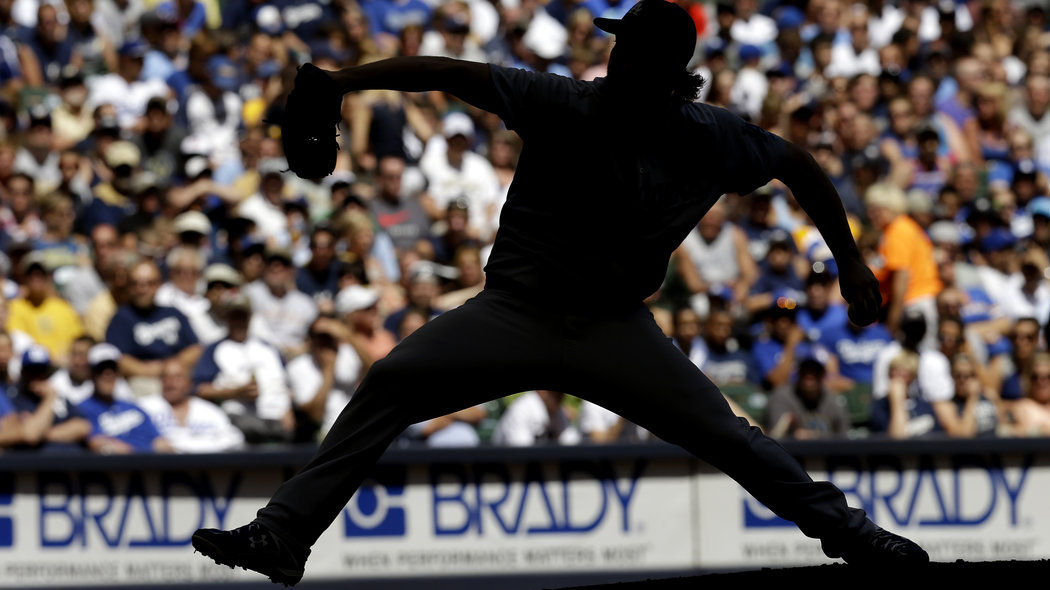 When you remove those 5 players along with Matt Pagnozzi, Jeff Bianchi, and Alfredo Figaro the 40-man roster has 32 players on it. We can also remove Rickie Weeks to put the roster a 31.

Divining Aramis Ramirez's fate is a little more difficult. The mutual option is an obstacle, but I do think he returns next year. So for argument's sake we'll leave him on.

Hector Gomez, Elian Herrera, and Ariel Pena are all without options. That means on Opening Day they need to be on the 25-man roster or the Brewers have to outright them off the 40-man roster. Personally I think Gomez and Herrera stand a good chance of sticking around. Pena I'm not so certain about. He could be put in the bullpen, but I think it's probably more likely they trade or outright him. So at some point we can probably expect him to be removed from the roster.

Though they do have minor league options remaining, I think Michael Blazek and Rob Wooten are in a similar position. Wooten has a stronger case to remain on the 40-man roster, but neither has entirely distinguished himself as a must-keep. Basically, these 5 players are guys that could be removed from the 40-man roster for one reason or another.

That means the Brewers will have at least 7 open spots to work with this winter and potentially as many as 12 (though I sincerely doubt all 5 of those players mentioned out get taken off the 40-man roster). However at some point the Brewers will have to add some minor league players to protect them from the Rule 5 draft.

A player must meet certain criteria to be eligible for the Rule 5 draft.

The Brewers will have several interesting decisions to make this year. We're looking at approximately 7 open roster spots. In order to completely fill out the major league roster, I think the Brewers will need to bring in at least 2 free agents (reliever and first baseman). Therefore we're probably looking at around 5 spots the Brewers could use to add minor leaguers to the 40-man roster in order to protect them from the Rule 5 draft.

Taylor Jungmann and David Goforth are going to get added. Jungmann is near-MLB ready and will be on the rotational depth chart next year, albeit towards the end of the list. I think there is a good chance he enters 2016 in the major league rotation. David Goforth is their top relief prospect. His stats in the minors might not be impressive, but he has a big time fastball and improving secondary pitches. His upside is as a high-leverage reliever and he could see some time out of Milwaukee's pen in 2015.

Jed Bradley, Yadiel Rivera, and Andrew Gagnon have modest but intriguing ceilings. Bradley's progression through the minors has been much slower than expected and his effectiveness has not been great, but he could still be a back of the rotation lefty starter. Rivera's bat a step forward this year and he's an excellent defender. It's unlikely he ever becomes a regular, but he could be a superb utility infielder. Drew Gagnon has a similar ceiling to Bradley's. I could see any of them added to the roster, left unprotected, or traded.

Nick Ramirez and Michael strong were among the players sent to the AFL this year. Ramirez is a bit old for the levels he's played at and seems unlikely to be a quality regular first baseman at the major league level, but that position is pretty barren in the Brewer system. That being said, they do have Hunter Morris, Jason Rogers, and Matt Clark already on the 40-man roster. Strong was only added to the AFL roster after Ariel Pena was removed with an elbow injury. He's a lefty reliever and has had some recent success in the role. I find myself wondering if these guys were added to the AFL to showcase them for a trade. Neither could headline a deal, but maybe they can be packaged with someone else for a reliever or something?

Greg Holle and Tyler Cravy haven't been incredibly impressive players in their minor league careers. However both could end up as solid relievers. D'Vontrey Richardson is an outfielder capable of playing all 3 positions. His ceiling is as a 4th OF, but Logan Schafer only has 1 more option year left. Richardson could be his successor as depressing as that sounds for him.

As I mentioned already, not all of these kids will get protection and not all of them need it. The Brewers will have to decided who is too important to risk. I think Jungmann and Goforth are added for sure. I'd lump Bradley with them too, but I can just as easily see him as part of a trade package. I think Rivera and Gagnon get added too. Brewers will need a shortstop for AAA and Ganon's ceiling is worth protecting (or trading I suppose). The rest of the guys I can take or leave.