Did Wei-Chung Wang ruin the 2014 Brewers?

Share All sharing options for: Did Wei-Chung Wang ruin the 2014 Brewers?

Many fingers are being pointed this offseason as to what went wrong with the Brewers in 2014. Many have been pointed at the offense and their collapse in the last month. Some point their finger at Ron Roenicke and the decisions he made in games. Others look at some of the dismal performances from certain pitchers down the stretch. However, one pitcher hasn't been looked at as a problem, mainly because he barely pitched over the last month of the season. Despite this, he may have been the root of some of the Brewers problems in September. That pitcher is Wei-Chung Wang.

Many of you will look at this and ask how that can be the case. He made a total of 1 appearance in September, and recorded only one out. He was mainly used in blowouts, when the game was already decided. Despite this, his presence contributed to some of the problems that the team had this season. To look at all of this, let's start from the beginning.

At the winter meetings last year, the Brewers found a gem hiding in the Rule 5 draft from the Pittsburgh Pirates. The player was Wei-Chung Wang, a minor-league pitcher in the Pirates organization. Due to some unusual circumstances, he was available in the draft, and the Brewers took the opportunity to take a pitcher with a lot of potential. The problem, though, was what the Brewers needed to do to keep him in the organization: work out a trade or keep him on the active roster all season. This was a problem with a pitcher who had only a handful of innings in rookie ball so far.

The Brewers brought him in to spring training to see what he could do, and the results were encouraging. In 14 innings, he had an ERA of 3.86 with a BAA of .283. Neither of these numbers were particularly impressive, but it provided some hope that he could stick on an active roster. It was going to be a tough road, but Doug Melvin decided to take the chance and keep Wang on the roster.

Right from the beginning, it was obvious that the presence of Wei-Chung Wang on the roster was causing some issues on the team. Ron Roenicke refused to use him in any meaningful way. He didn't make his debut until April 14th, two weeks into the regular season. When he played, it was usually when the Brewers were already down a significant number of runs. As a result, it turned the active roster into a "24-man roster", which put the Brewers at a disadvantage.

Despite this, the bullpen appeared to thrive. They posted a 2.45 ERA and 2.99 FIP with a fWAR of 1.5 in March/April. However, it also led to a higher number of appearances for certain relievers. Of 28 games in that span, Francisco Rodriguez appeared in 16, Will Smith in 15, Tyler Thornburg and Zach Duke in 14, and Jim Henderson in 13. These players were basically on track to appear in around 81 games each. That was an unsustainable number for any bullpen to face.

The Brewers 2014 season: Disappointing, but not a total loss 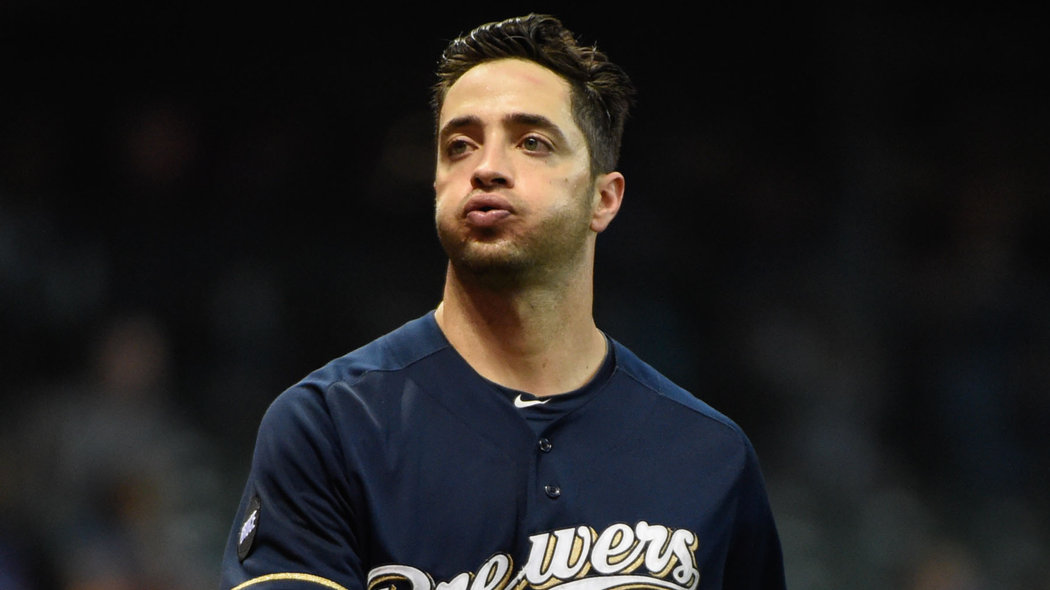 Even if the Brewers failed to make the playoffs, some good came out of this season.

The number of appearances started to take its toll on the bullpen in May. Jim Henderson, who had been experiencing shoulder problems so far, gave up five runs in his first May appearance and went to the DL for the remainder of the season. Filling in that spot went to Rob Wooten and Brandon Kintzler. While Smith, Duke, and Wooten continued to impress, Thornburg, Rodriguez, and Kintzler all struggled through May. All of these relievers made at least 11 appearances in May. While the work was broken up a bit better, it was still a strain on the "6-man bullpen". The numbers reflected that, as the ERA jumped to 4.22, FIP to 4.19, and fWAR dropped to -0.1 for the month.

June continued to tear down the once effective bullpen. Tyler Thornburg also ended up on the DL after giving up five runs in a relief appearance. More work was shifted on to Francisco Rodriguez and Will Smith, who each made 15 appearances in June. This finally started to wear down smith, though Rodriguez managed to recover a little. Brandon Kintzler, Zach Duke, and Rob Wooten all had to take on more work as well. Kintzler and Wooten struggled through June, though Duke held strong through all the work so far. The bullpen did rebound a bit, posting an ERA of 3.67, FIP of 3.74, and fWAR of 0.1.

Through these first three months, the common theme was reliever overuse. In 84 games so far, here is what the reliever workload looked like:

The top relievers were being used too often, and as pitchers went down, other pitchers (generally less qualified) had to step into the roles. Rob Wooten and Brandon Kintzler both saw more usage as the season went on because of this, and they didn't have the same level of success. Plus, more shuffling began from Nashville, as relievers were sent down/called up, sometimes based on usage.

During all of this, Wei-Chung Wang would see some usage, but nothing significant. He pitched a total of 15 innings in 11 games through June. In those games, he posted an ERA of 11.40. He only pitched with the lead once, but otherwise was always pitching from behind. While he never directly cost the Brewers a game, he did put some games out of reach with a bad performance. His fWAR reflected this, as the total for the season was only -0.4. However, he couldn't be used in any other situations, as his performance showed his inexperience.

One of the better things to happen to the bullpen might have been Wang's DL stint. After making two appearances in July, he went to the DL with a right elbow issue. This allowed the Brewers to go back to a traditional bullpen, but the damage was already done. Will Smith and Francisco Rodriguez both continued to struggle. Duke was still solid, and Kintzler improved. However, the ERA for the month increased again, finishing the month at 4.48.

August came and Ron Roenicke continued to lean on some of the same relievers, with Rodriguez, Smith, Duke, and Kintzler all making 10+ appearances. Rob Wooten ended up back in Nashville, and would only make a few more appearances for the Brewers in 2014. The one bright spot was Jeremy Jeffress, who joined the team and helped solidify the now struggling bullpen. The bullpen ERA continued to increase, jumping to 4.93 in the month.

September finally saw some big improvements to the bullpen, and it's not a coincidence that rosters expanded at that time. Wei-Chung Wang returned from the DL, but only made 1 appearance in September. Work was split between seven relievers in the month, with a few others making appearances as needed. While the rest of the team struggled, the bullpen did hold things together. They finish September with an ERA of 2.40, FIP of 2.90, and fWAR of 1.1.

So, let's go back to the original question now. Did Wei-Chung Wang ruin the 2014 Brewers? The answer here: Not directly. His actual contributions were controlled so much that he was mainly utilized when the game was not on the line. However, using up a roster spot contributed to bullpen overuse that caused the bullpen to struggle through four months of the season. Had the Brewers not kept him on the roster, could a traditional seventh reliever have helped more? Would Tyler Thornburg and Jim Henderson have been lost for the season? Unfortunately, these are questions that we can't answer now.

You can also argue that the presence of Wei-Chung Wang helped the team have more fun. When he was around, we saw the bullpen doing more fun things with the Wei-Chung Wang Wednesdays, as well as some of the other videos that came out. It was something that the team seemed to forget about through their struggles in September. Some of the teams best times came when they were just having fun.

With the season over, the Brewers can now send Wei-Chung Wang to the minor leagues in 2015. We don't know where he will start, though it will probably be in either Class A Wisconsin or High A Brevard County. He'll has his three option years to advance through the minors, and could be back with the Brewers in the future. Will the trouble the Brewers went through to keep him around this year pay off? Was it worth making this season a little more difficult for the bullpen? We won't know for a while.