Gomez had arguably his best year at the plate yet and will certainly receive some small consideration for the NL MVP award.

Share All sharing options for: MVBrewer #2: Carlos Gomez is second most valuable Brewer

Carlos Gomez is the kind of player Major League Baseball should embrace as a face of their organization. He is among the Yasiel Puigs and the Bryce Harpers of the world: They're fast, young, exciting, powerful, exciting, unpredictable, exciting -- brash, sure, but baseball is boring. Albert Pujols, boring. Derek Jeter, boring. Respectful and good at baseball, yeah, but they aren't going to attract younger people to the game.

That's what baseball is trying to do to maintain a strong fanbase. They're looking at ways to shorten games, make them move at a higher pace. They're doing instant replay. More teams in the playoffs. One thing MLB doesn't yet do is market players that might make people want to watch.

Carlos Gomez is the kind of player I want to watch. Carlos Gomez is really, really, really good at baseball. He's going to get MVP votes for his 2014 performance. After years of struggling to hit his weight, Gomez broke out in the second half of 2012, signed a contract extension, then earned his first All Star nod in 2013 while breaking the top-10 of the NL MVP vote.

Everything about Gomez screams exciting. His skillset is speed and power. He's not a singles slap hitter. He's swinging for the fences and, if he happens to get a single, he's going to get the extra base even if he has to steal it. On defense, he's a wonder to watch; he looks like he belongs on the Harlem Globetrotters when he's robbing players (Joey Votto, particularly) of home runs.

And despite his enormous talent and outstanding numbers, you never know what you're going to see from Gomez. He's finally getting on base after a career of hovering around a .300 OBP, but he's managing to do so while seemingly swinging at every pitch. He's not a patient man -- if he sees something, he's going to try to hit it. And not just hit it, but kill it. Gomez contorts his body and twists and turns and misses a ball by a mile on the first pitch, but then on the third he hits a triple.

Jonathan Lucroy is the 2014 Most Valuable Brewer 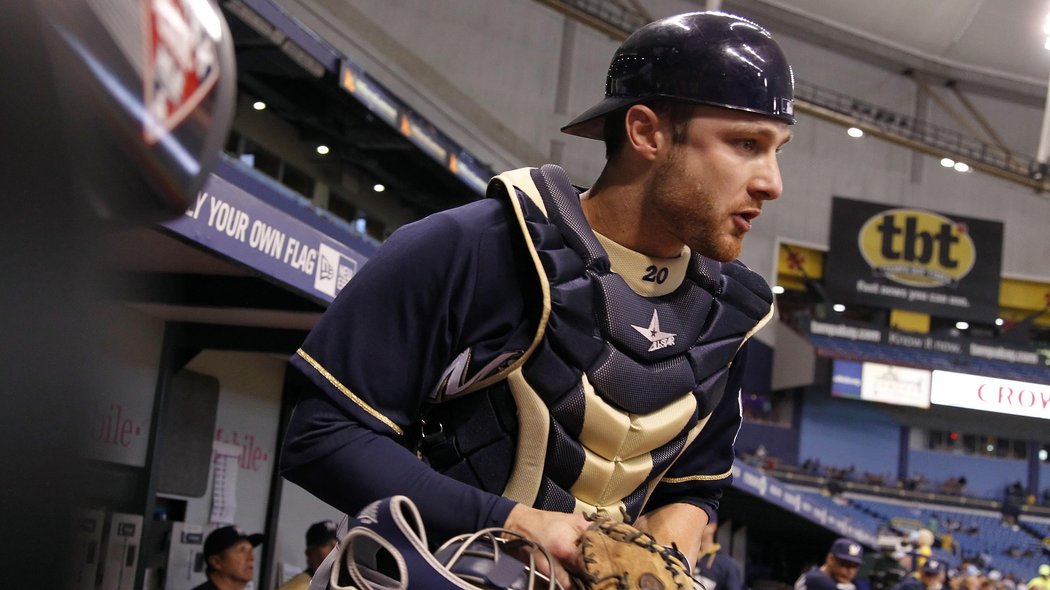 Jonathan Lucroy was selected by you to be the Brewers MVP for 2014.

And, sure, Gomez has had his share of run-ins with other players, but look at the kinds of guys he gets into it with. The Brian McCanns of the world. The guys who make baseball boring with their unwritten rules and their tucked in shirts. Gomez doesn't abide by that. Gomez has fun. Sometimes his fun causes him to make mistakes, but at least he's showing actual passion on the field rather than some sort of compulsory stoicism.

He's Carlos Gomez and he's the kind of player people should love to watch.

By WPA, Gomez's best game came July 23. That day he went 2-4 with a triple and a strikeout. He drove in one run and scored one run during the Brewers' 5-1 win over the Reds, but he still posted a 0.292 WPA. In the first inning, Gomez reached on an error and advanced to second, but was stranded there. In the third he singled, moved to second, and was stranded. Then, in the fifth, he triple to bring home Kyle Lohse and later scored when Ryan Braun singled.

Statistically, however, Gomez's best game probably came on May 23 during the Brewers' 9-5 win over the Marlins. Hitting clean-up that day, Gomez went 4-5 with three doubles while scoring two runs and driving in two. His WPA that day? -0.024. This is why I'm not big on WPA as determining value.

Gomez signed on for a three-year, $24 million contract that began in 2014. Thus, he is signed for the next two seasons for a total of $17 million. He will make $8 million in 2015 and $9 million in 2016. He also gets $50,000 bonuses for All Star elections. Because of his contract running out in two years and his immense value, some feel the Brewers would be better off trading him. Personally, I hope he sticks around long-term.

Previous MVBrewers posts can be seen at the links below: