Looking at called strike three against Ryan Braun in 2014

There was some sentiment on Twitter that Ryan Braun was receiving poor calls on strike three in 2014. Here is a look at whether that is true at all.

Share All sharing options for: Looking at called strike three against Ryan Braun in 2014

Over the last month or two of the Brewers season, I noticed a handful of comments both on here and on Twitter saying that Ryan Braun was getting some poor calls on called strike threes. I wanted to take a quick look at that and see if he really was getting screwed over a bit by the men in blue.

Overall in 2014, here is every called strike three against Braun (up until about Sept. 20): 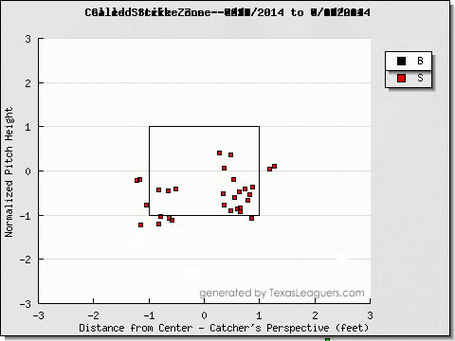 That's not really so bad at all. I would call five of those on the fringe of the strike zone. Six of them -- six of 30, mind you -- are clearly, according to this, outside of the strike zone. But look at those that are outside. Look at the distance. Those that are 'clear' are still only two or three inches outside, overall. That's the diameter of a baseball, when that self-same baseball is often coming in at 90+ MPH.

Here's a look at the location and a gif of each of the six that appear most clearly out of the strikezone. 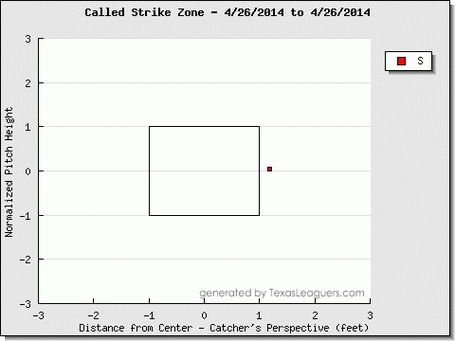 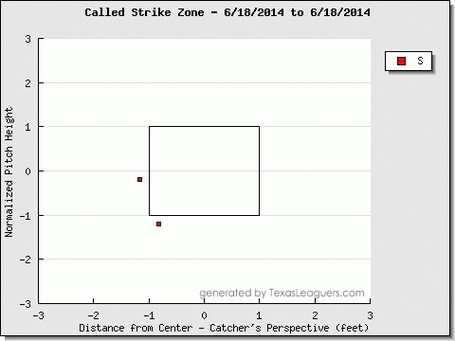 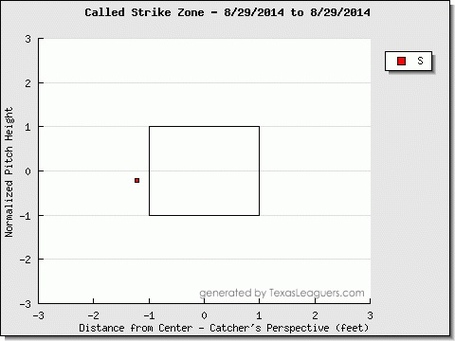 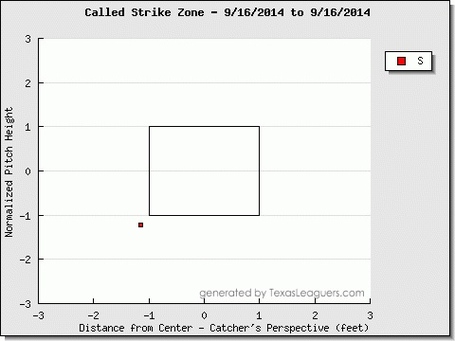 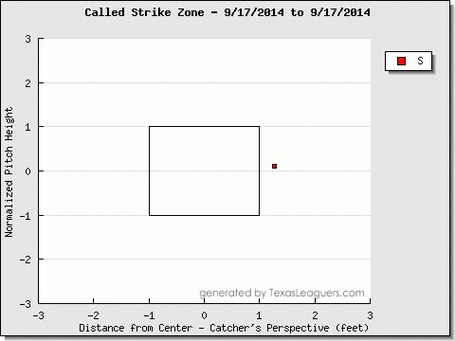 How many of those six were really, truly egregious? I would say two, probably. The last two. The rest were iffy, and pitch f/x shows they should have been balls, but watching them I can see how they'd be called strikes. The two on June 18 were both similar locations, suggesting that call was being given often. Others were close, or good pitch framing by the catcher, or both.

In all, I would say that umps treated Braun pretty fairly on strike three calls. Braun maybe wouldn't think so, evidenced by his reaction after pretty much every single one of those six, but in my opinion most of those were not egregious misses.

I'm not sure what the going-rate is on strike three calls -- if Braun saw more strike three calls slightly outside the zone, I don't have the info for. Based on his results, though, I wouldn't guess that other players around the league were treated much better in similar locations.

By the way, four of those six pitches up there came on calls inside. Even on that total chart, the pitches in the zone were mostly on the inside half of the plate. Because of his thumb issue, Braun seemed tentative to swing at inside pitches for fear of getting jammed. This suggests pitchers clearly saw this and used it to their advantage.

Either way, Ryan Braun probably wasn't given more unfair strike three calls than any other player in the league. It seems to have gotten a bit more dicey as the season went on, but I can't say the umps, as a whole, gave him poor calls.