Coulter has often been discussed as a potential position-change candidate.

Since being drafted in the first round of the 2012 draft, there have been questions about whether Brewers prospect Clint Coulter would be able to stick at catcher. Those questions were maginified as Coulter spent half of his 2014 season with Class-A Wisconsin playing designated hitter.

With the minor league season over, Coulter is now working in the instructional league for the Brewers, and he's doing so at a few different positions. Primarily, the Brewers seem to be looking at him in right field, according to Teddy Cahill of MLB.com. He's also played some first base and third base.

"He's picked [right field] up well," Brewers' Director of player development Reid Nichols is quoted as saying in the MLB.com article. "He gets good jumps on balls off the bat, which is unique for a guy going out there for the first time. He fits the best there of everywhere we've seen him."

Brewers have discussed moving Ryan Braun to first base 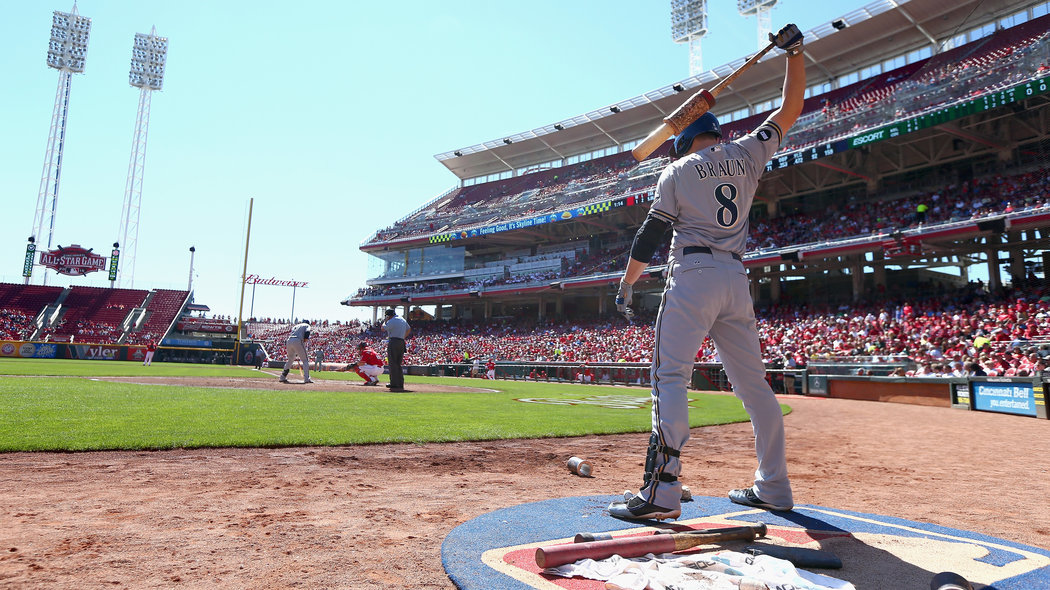 If Coulter excels in right field, discussions about Ryan Braun moving back to the infield could heat up.

A position change moving forward has not officially been confirmed for Coulter, but it makes sense for the team to work him out there in instructionals and during the offseason when he has more time to focus on learning new defensive strategies.

Right field or third base makes a lot of sense for Coulter as he would be better able to take advantage of his strong arm at either of those two positions. When he was behind the plate in 2014 for the Timber Rattlers, Coulter threw out 28 of 80 would-be base stealers, a 26% out rate. That would fall right around league average in the MLB the past few years.

Coulter's bat is looking like it could play just about anywhere in the field. After a tough 2013 season, the 21-year-old hit .287/.410/.520 with 22 homers in 126 games this past year. He is likely in line for a promotion to Double-A in 2015 if he can handle his defensive assignments. He could arguably be the Brewers top prospect heading into next year.

The Brewers have a greater dearth of prospects at third base and first base currently, but for now it seems Coulter is being eyed as a potential outfielder first. Right field is obviously currently blocked at the major league level, but Coulter wouldn't be ready for the majors until at least mid-2016. That's more than enough time to work things out. If Coulter does excel in right, he could force the Brewers to further discuss moving Ryan Braun to first base.

Also included in that MLB.com article are notes on international signing Gilbert Lara, who is impressing Brewers staff already, and the first three highly-touted picks from the 2014 draft.