The Brewers players with options

The Brewers will have some tough decisions to make this offseason and they start with the 3 players on the team that have option years.

Share All sharing options for: The Brewers players with options

Yesterday we talked about the Brewers uninhibited free agents. Today we're going to look at the 3 Brewers players with options. In other words, these players are potential free agents.

Last year the deadline for clubs to pick up or decline options was 5 days after the World Series ended. I expect it will be the same this year. Again, that means the deadline will be between October 25-29.

Rickie Weeks: Poor Rickie Weeks. Well, actually he's made quite a lot of money in his career, but that's not what I meant. He used be amazing for the Brewers. His defense was always lacking, but his offensive prowess made him a top 10 player at his position. But, so many Brewers fans couldn't see past his strikeouts. Then injury and age turned him into a shell of his former self. The Brewers hold a club option at $11 million dollars, but it doesn't cost anything to decline it. There is zero chance the Brewers pick up that option and I think there is zero chance Weeks would be willing to come back as a bench player on a cheap contract. I wish him well in his future endeavors.

Aramis Ramirez: The aged third baseman was able to stay healthy for much of the season, requiring only one 15-day DL stint. He was solid defensively, but his offense really dropped. He mustered a terrific 130+ wRC+ in each of his 3 previous seasons, but only a 109 wRC+ this year.

If Ramirez does decline his part of the option, it's very likely the Brewers would then extend him a qualifying offer which would be worth approximately $14 million (Update: QO set at $15.3 million. I still say they'd offer the QO in this scenario). If it got to that point, Ramirez would almost certainly decline it. He's looking at $14 million with his guaranteed contract already, so the only reason to turn it down would be to seek a multi-year deal. If Ramirez did turn down the QO, then he would have draft pick compensation attached to him. The team that signed him would forfeit their top draft pick and the Brewers would get a compensation pick after the first round of the draft. This could hinder his ability to find a job outside of Milwaukee. Since the Brewers wouldn't have to give up that draft pick, this could help facilitate a 2 year deal worth less than $14 million AAV.

As already mentioned, the Brewers could renegotiate with Ramirez on a different contract. For example they could sign him for 2 years and $20-25 million. It's also possible they could work out a 1 year deal with an option year tacked on, but it seems less likely than 2 guaranteed years. Ramirez is nearing the end of his career so a guaranteed contract over the next two years could make it worthwhile to him, even if it means signing for less than the $14 million next year.

It's not exactly my personal preference, but I expect the Brewers and Ramirez to agree to a deal that brings him back at least for next year and probably for the next two. I wouldn't be shocked if they both just picked up their ends of the option, but I think they renegotiate.

The remarkably average top of the rotation 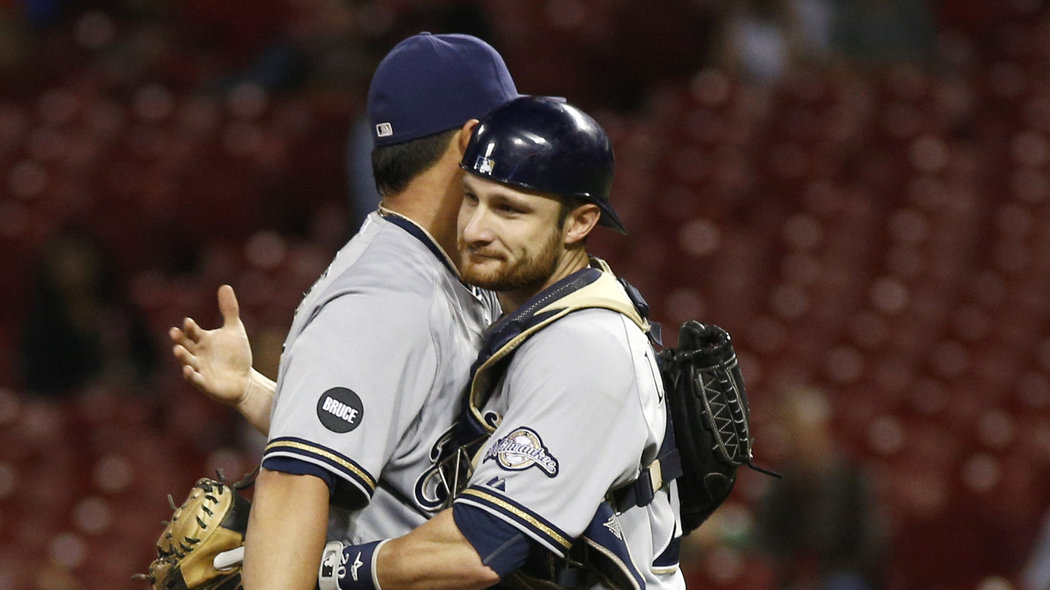 Looking back at preseason projections for the top of the rotation, and looking forward to see where the Brewers stand.

Yovani Gallardo: Depending on what you're looking at, you could say Gallardo had the most successful season of his career. His 3.51 ERA was the lowest of his career. I happen to disagree because I think you have to look deeper than that. However, you can't argue he didn't have a good year.

The Brewers hold a club option for $13 million. There is no chance the Brewers don't pick up his option. To sign a 29 year old who has made 30+ starts in each of his last 6 seasons, typically with a mid-3 ERA it would take 4 or more years for at the very least, and very likely for more than, $13 million annual average value. Instead the Brewers can essentially sign him to a 1 year deal.

There is a chance the Brewers could look to trade Gallardo. I sincerely doubt that happens, but I had to mention the possibility. I think the Brewers will be happy to start the season with a rotation of Gallardo-Kyle Lohse-Matt Garza-Wily Peralta-Mike Fiers with Jimmy Nelson, (maybe) Marco Estrada, and Taylor Jungmann as depth. That's a pretty strong pitching staff.

Tomorrow we'll wrap up this series on free agents by discussing the Brewers players are arb-eligible.