The Brewers should trade for Jonathan Papelbon

The Brewers need bullpen help. The Phillies want to get rid of a reliever. Pretty simple right? Okay, maybe not so much.

Share All sharing options for: The Brewers should trade for Jonathan Papelbon

The knock against Jonathan Papelbon is two-fold. People will note he's not as effective as he once was. People will also note that he is under a pretty awful contract for a reliever.

Papelbon used to be an elite reliever. From 2007 to 2012 he averaged over 10 K/9. His strikeout rate ranged from 26% to a high of 37%. That's pretty incredible by itself but he also had very good walk rates and home run rates. By comparison, his last two years have looked rather pedestrian.

Perhaps partly to blame for his dip in effectiveness was his dip in velocity. He used to sit around 95 mph but that has declined steadily over the last 3 years. In the last two years he's been closer to 91-92 mph. That's a pretty stark contrast. In response PITCHf/x shows he's started throwing his four seam fastball less often and his slider more often. He had started using a two-seam fastball with increasing percentage from 2011-2013, but he drastically reduced it's usage in 2014. He also throws a splitter, the usage of which has been mostly steady for the last 5 years.

Take a look at this though:

As you can see even though Papelbon was less effective compared to his production from 2007-2012, and his velocity dropped, he was still an above average reliever in 2013 and 2014. In fact, he was nearly as effective in 2014 as he had been in his prime. This answers the first criticism of Jonathan Papelbon. The second is a bit harder to dismiss.

Jonathan Papelbon has one guaranteed year left in his contract and it's for a whopping $13 million! It's practically impossible for a reliever to be worth that much money. But his contract may not end after 2015. He has an option for 2016 which vests if Papelbon finishes 100 games between 2014-2015. Because he finished 52 games in 2014 he needs to finish 48 in 2015 for his 2016 option to vest. If it does he gets another $13 million. Yikes.

His 2015 salary is relatively easy to get around. The Phillies just need to include some money. By "some" I mean a lot. They have plenty of incentive to do just that. It's pretty safe to say a fan favorite he is not. But in addition to that, and more importantly, the Phillies have no excuse not to give Papelbon every chance to finish those 48 games.

They don't have another closing option in their bullpen. Even if they did, Papelbon's performance has been good enough that they couldn't justify taking him out of that role. It wouldn't be against any rules I'm aware of, but it wouldn't look good from a player perspective and that could hurt the Phillies' reputation in future free agency.

With the Phillies, Papelbon has a very good chance at seeing his $13 million dollar option vest. That means the Phillies are looking at getting out from under $26 million. Paying even as much as $8 million, for example, doesn't seem so unreasonable when you're essentially saving $18 million.

The Phillies paying a sizable portion of his 2015 salary could make Pabelbon a financially realistic option for the Brewers bullpen. That vesting option still looms, but I think the Brewers have a reasonable workaround. Unlike the Phillies, the Brewers do possess other "closing" options already in their bullpen.

On the top of the list is Jonathan Broxton. Sure, he's not great but closers aren't things and sometimes it's better not to have your best reliever in that role. In any case, the Brewers have a defensible case to say he is their closer. He was here first and they're paying him "closer money." There is also Jim Henderson to consider.

Would Jeremy Hellickson be a fit for the Brewers 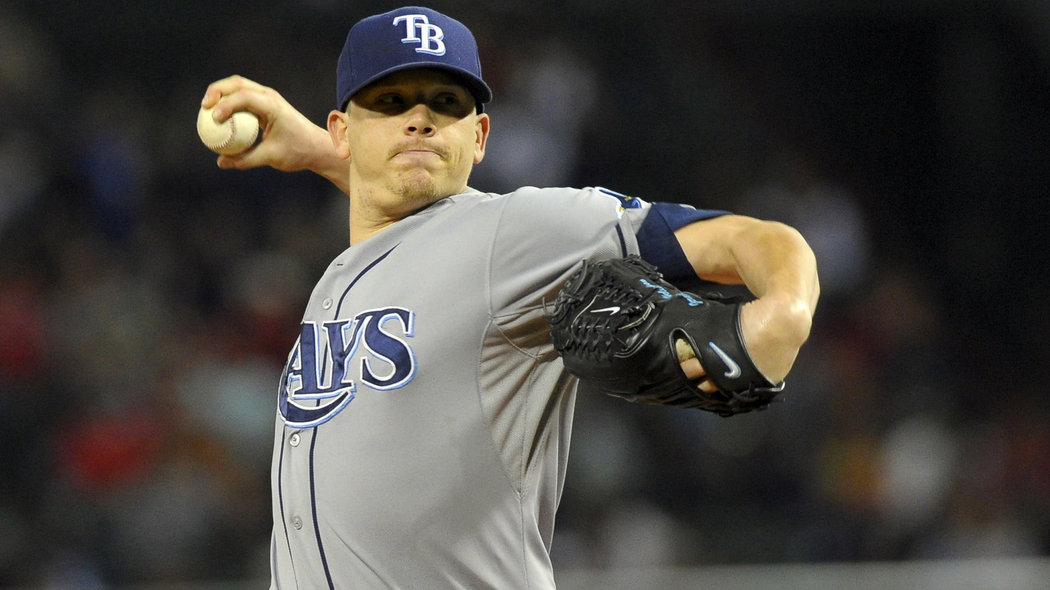 The Tampa Bay Rays are reportedly looking to trade pitcher Jeremy Hellickson to an undisclosed NL team. Let's explore whether or not he makes sense for the Brewers.

Henderson recently had shoulder surgery so it's not even a guarantee he'll be ready to pitch by April. However if or when he is ready, he has the distinction of being the Brewers former closer. A role he only lost due to injury. I'm honestly not a big believer in Henderson and the injury is worrisome. But if he is healthy he could be good again.

Regardless, it gives the Brewers another reasonably defensible case to say Papelbon is not going to be their closer to start the year. At the very least it would allow them to claim they're going to go "closer by committee." They would only have to ensure that Papelbon doesn't get the chance to finish 48 games. That might be easier than it seems.

In his 10 year career Jonathan Papelbon has average 59 games a season. That average is brought down by his first season where he pitched in only 17 major league games. He's typically appeared in around 65 games. In the last 3 seasons he's appeared in 70, 61, and 66 games. Even considering his highest mark of 70 games the Brewers would have to find a way for him to appear in, but not finish, 23 at the most. If they can get through approximately 6 to 8 weeks without having him finish a game they're set.

We should be aware that Jonathan Papelbon has limited no-trade protection. He can block trades to 17 as yet undisclosed teams. It's very likely that if Milwaukee is on that list, then a trade is an impossibility. By agreeing to a trade, Papelbon would have to know he's essentially agreeing to void that vesting option. In other words, he'd be agreeing to forfeit $13 million. As much as he probably wants out of Philly, he's not going to do that.

But for the sake of argument, let's assume a trade is possible. It's my contention that if the Phillies were to include a sizable contribution to his 2015 salary, Milwaukee has the means to avoid his 2016 option vesting, and therefore Jonathan Papelbon would be a tremendous fit for the Brewers bullpen. What do you think?