The Brewers and the Braves might be working on a trade

The Brewers need a reliever. The Braves want to trade a reliever. Pretty simple, right? Well...actually this time it might be.

The Brewers should trade for Jonathan Papelbon 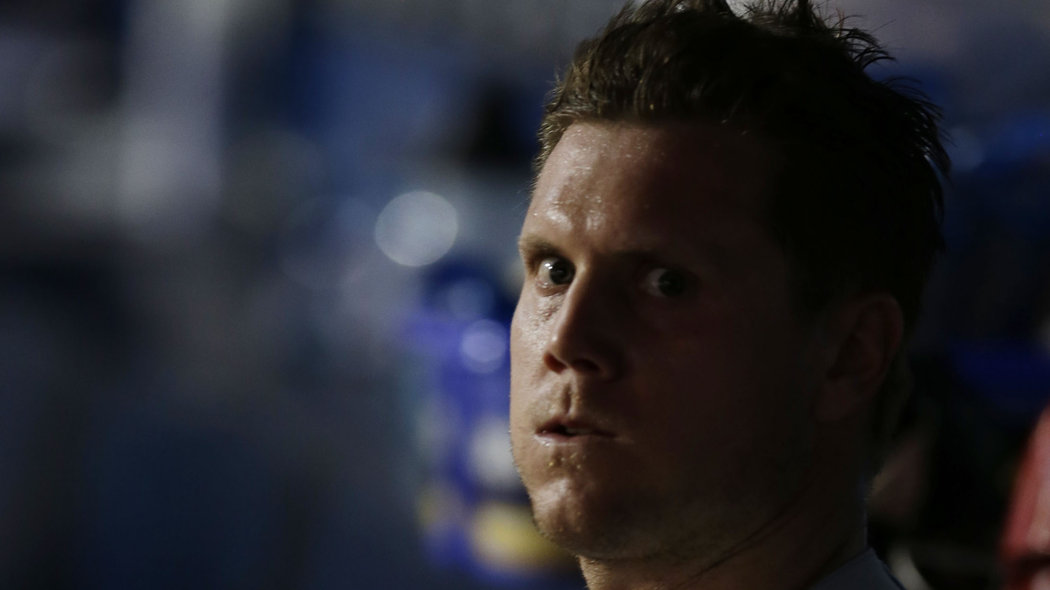 The Brewers need bullpen help. The Phillies want to get rid of a reliever. Pretty simple right? Okay, maybe not so much.

The Brewers roster, barring any major injury or trade, is mostly set for 2015. The bench might be added to but the bullpen is really the only area with a major need. Recently I proposed some trade ideas for Jeremy Hellickson and Jonathan Papelbon. However it's possible the Brewers were looking at the Braves roster instead.

It seems like the Braves would be a natural trade partner as it was recently reported that the Braves would be willing to listen to offers on any reliever short of Craig Kimbrel. They do have a few interesting options including David Carpenter and Jordan Walden.

AP sportswriter from Las Vegas tweets #Brewers farmhand (from Vegas) has been dealt to #Braves. Part of a big deal? http://t.co/RFMt7DXGLU

It should be noted that as yet this report remains unconfirmed but for the sake of discussion let's treat this as true for now.

Zach Quintana was the Brewers third round pick in the 2012 draft. He is a 20 year old right handed starting pitcher. Thus far his minor league track record has left much to be desired. That's not to say he doesn't have talent though. It's just hard to find looking at only his minor league stats.

First and foremost we have to acknowledge that sometimes teams trade prospect for prospect if both have fallen short of hopes/expectations. Sometimes it's as simple hoping a change of scenery helps. It could be as simple as that.

That being said, it is possible that Quintana is part of a larger deal. Indeed if the Brewers were looking to acquire David Carpenter, for example, they would need to include more than Quintana. Carpenter has 3 years of control left and is projected to make just 1.1 million in his first year of arbitration. The Braves are said to be looking for back-end starters. However, they're also said to be looking for a quick rebuild with an eye towards competing in 2017.

That seems to me to rule out Kyle Lohse and Yovani Gallardo. Since the Brewers were unwilling to deal Jimmy Nelson for David Price at the trade deadline, they're certainly not going to do it for a reliever now. I also have a hard time believing they'd trade Mike Fiers. So what does that leave?

The first pitcher that comes to mind is Taylor Jungmann. The shine is gone from his star, but he rebounded in 2014 and finished the season strong in AAA. He could still be a solid contributor at the back end of a rotation. This is pretty well exactly what the Braves are looking for.

I wonder if the Brewers would be willing to part with him for a reliever though. Lohse and Gallardo are free agents next season. Their spots could go to Jimmy Nelson and Taylor Jungmann. Brewers might want to see where that takes them.

It's possible the Braves would be interested in one or more of Ty Wagner, Jorge Lopez, Brooks Hall, Jed Bradley, Jorge Lopez, Ariel Pena (injured), Johnny Hellweg (injured), or Michael Blazek. These pitchers are either further away or provide less upside than Jungmann. The Braves might not want to part with a reliever quite as good as David Carpenter for one or two of these pitchers. But what about Jordan Walden?

I'm immediately reminded of Burke Badenhop. The Brewers acquired Badenhop from the Rays in part because they didn't want to pay him what he's make in arbitration. He was entering his second arb year (just like Walden is). The Brewers traded Raul Mondesi Jr. for him. For whatever reason Mondesi has not played a game since the trade.

My point is, sometimes teams dump salary and that's their only goal. In fact, the Brewers turned around the next winter and traded Badenhop to the Red Sox for org filler (Luis Ortega). Walden is projected to make approximately $3 million in arbitration for 2015. If the Braves are rebooting that may or may not push them to dump his salary. I'm not really sure. After all, they're not nearly as financially frugal as the Rays.

Another thing to keep in mind is that Jordan Walden is a much different pitcher than Badenhop. Badenhop relied on excellent command and ground ball rates to get by. Walden is a strikeout pitcher who maybe walks a few too many sometimes. Right or wrong, strikeout ability is much more in demand than strong ground ball rates. As such it may take more than a non-prospect to acquire.