Adam Lind and the Brewers payroll

The Brewers have a new first baseman and along with him a new payroll projection.

Share All sharing options for: Adam Lind and the Brewers payroll

Yesterday the Brewers completed the first significant trade of the offseason. They acquired Adam Lind from the Blue Jays for Marco Estrada. I won't lie, I was completely surprised. I thought for sure they'd bring Estrada back and spend the money for Adam LaRoche. I'm not exactly complaining though. I'll miss Estrada and while LaRoche might be the better overall player, Adam Lind is very solid vs RHP and much much cheaper. 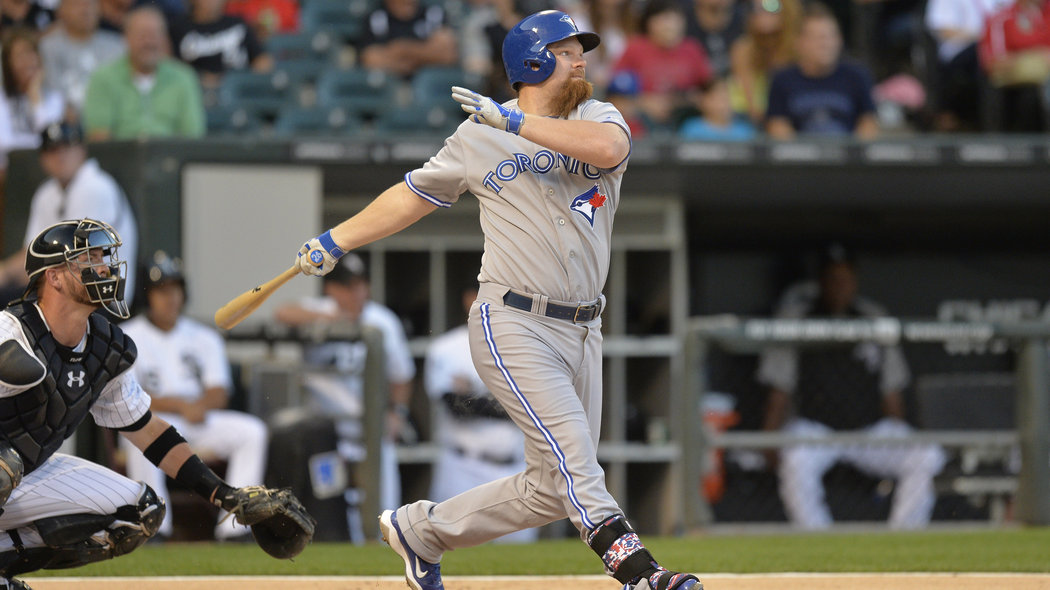 Lind had a great year for the Blue Jays in 2014, but the Brewers may need a platoon partner for him.

Unfortunately, in his career Adam Lind has struggled versus left handed pitching slashing 212/257/331 with a 53 wRC+. In the last three years he's hit 183/232/280 with a 35 wRC+ against LHP. Last year he hit 061/162/061 with a -36 wRC+ vs LHP. It should be noted that part of the reason he's gotten works vs LHP is that he's been shielded against LHP starters. Because of that, when he's faced LHP it's been lefty specialists who excel at getting LHH out.

The numbers tell us platooning Adam Lind would be a smart move. I can hear some of you groaning, but platoons are not necessarily bad things. I know a lot of people are immediately reminded of the failed first base platoon of Lyle Overbay and Mark Reynolds. But all you have to do is shift your focus one base over to see an example of a very successful platoon. Scooter Gennett and Rickie Weeks combined to give the Brewers the 11th best production in all of baseball at second base.

My concern with Lind is not the need for a platoon mate. My concern is over his injury history. Last season he suffered a fractured foot. That's probably not going to be an issue going forward. His lower back issues may be a different story. In 2012 he only made 353 plate appearances. And while he made 521 in 2013, he only made 318 in 2014.

The Brewers have an excellent medical staff which could help him stay on the field. A solid platoon mate could also help mitigate any time he may spend on the disabled list. Right now the Brewers also have Luis Jimenez, Matt Clark, Jason Rogers, and Hunter Morris as potential injury replacements.

The injury and platoon issues are part of why Lind was so cheap to acquire and might be part of why his contract is pretty reasonable. The Blue Jays already exercised his option for 2015. He'll be making $7.5 million. The Brewers will also hold a team option on Lind for 2016. The option is for $8 million with a $500,000 buyout. Adam LaRoche is projected to make as much as $15 million next year and so Lind is a much cheaper option. The money "saved" can now be used for third base and to improve the bullpen and the bench.

Back in early October I released my preliminary look at the Brewers 2015 roster and payroll. I made some guesses about the roster (some of which have already been proven wrong) and some about the salary of arbitration eligible players. My conclusion was that the Brewers roster (excluding a first baseman, third baseman, and a reliever) would cost approximately $86.15 million. Obviously that's changed now that Marco Estrada is out and Adam Lind is in.

So here is my updated projection including those changes:

There are a few things to be aware of. First off, I'm making several guesses here. Brandon Kintzler, Martin Maldonado, and Gerardo Parra are arbitration eligible players. As such neither their place on the 25-man roster nor their salaries are guaranteed. If they are offered contracts, the figures I list may not be their actual salaries. We'll learn those later this off season.

I'm also guessing about basically everyone on the bench. Even Martin Maldonado's role is in question with the acquisition of Juan Centeno. Until Adam Lind was acquired I had Matt Clark listed in the spot now occupied by Luis Jimenez. Clark is left handed and so it's now much more likely the starts in AAA.

I am guessing about the players in the bullpen as well, but I feel much more confident that those listed will start the season with the Brewers.

As I have it here, with 2 spots in the bullpen open and third base undecided, the Brewers roster would cost approximately $89.65 million.

The Brewers 2014 opening day payroll was approximately $103 million. That means the Brewers would have approximately $13.35 million to spend before reaching that mark again (interestingly that's almost the exact amount of Aramis Ramirez's mutual option). I'm quite certain the Brewers can exceed last year's opening day payroll and so they shouldn't have much trouble filling out their bullpen and additions they want to make to the bench.