Value on the fringes and why depth is important

The Brewers are having a pretty boring offseason and keep talking about only adding relievers and bench bats. Here's why I think that might be enough.

Share All sharing options for: Value on the fringes and why depth is important

Yesterday Fangraphs released Dan Szymborski's ZiPS projections for the Milwaukee Brewers. Overall the projections seem pretty in line with what I expected. Personally I think FIP tends to underrate pitch to contact pitchers and so I might quibble a little bit with that, but that's not important. In general I find these projections a useful tool to frame our expectations for the upcoming season. 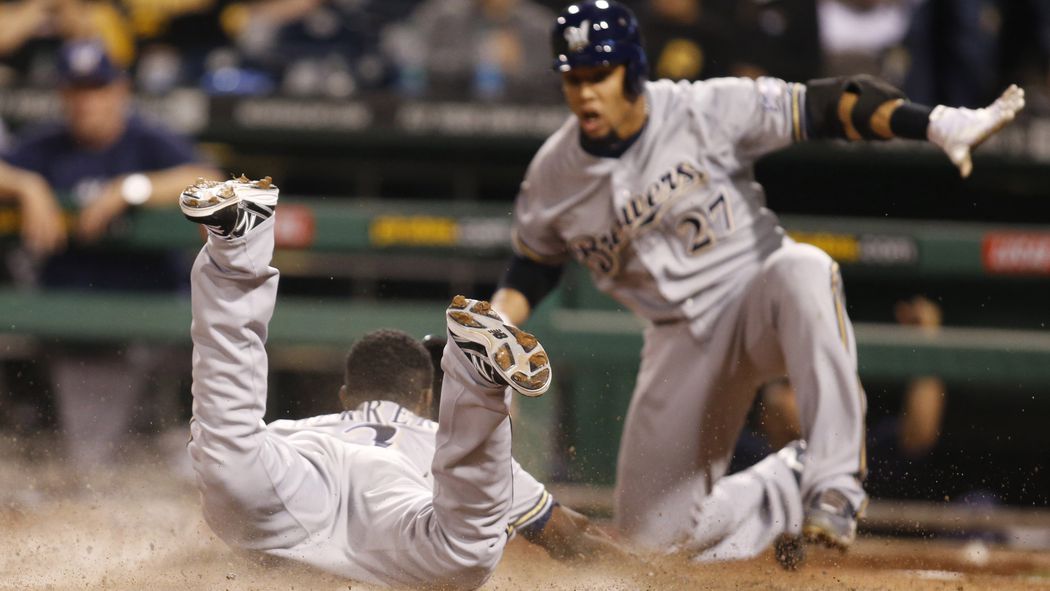 One of the more notable projection systems in baseball's numbers are out for the 2015 Brewers. What does it expect from the team next year?

Most discussions naturally tend to gravitate towards the projections for the star players such as Carlos Gomez, Jonathan Lucroy, and Ryan Braun. This time around, I find myself more interested in the fringe players. I think it is very much worth noting that ZiPS doesn't project a negative value for a single player that is likely to make the opening day roster as a bench player or reliever.

Often I'll hear people remark that it doesn't matter who is on the bench or more specifically who the "25th man" is. That always bugs me. Sure, an individual bench player isn't going to have as much impact as Carlos Gomez. However I think the cumulative fielding innings and plate appearances of the entire bench is comparable to a full time starter. A similar argument can be applied to the pitchers at the bottom of the bullpen.

This is also why depth is so very important. Players are going to get hurt. They're going to miss time. It's going to happen. When it does, someone else is going to get their playing time. And while that back-up player is getting starting duties, someone from the minors will be getting their bench/bullpen role. It's for this reason I think the Brewers shouldn't trade a starting pitcher and shouldn't trade Gerardo Parra. In addition to their regular value, they provide insurance against negative value in the event of injuries.

Of course it's not as simple as just eliminating that negative value. You have to factor in value lost from players like Rickie Weeks. He provided 1.2 fWAR as a part of the second base platoon. If the Brewers don't platoon Scooter Gennett they're going to lose significant value. If they do platoon him, they might still get less value from that player than Weeks provided.

I would also warn people about hoping some players reach their projected value. It's important to be aware of projected playing time. Jason Rogers is projected for 1.2 zWAR. Luis Jimenez is projected for a 0.9 zWAR. However both players are also projected for over 500 plate appearances. They aren't likely to see that many PAs and so we have to adjust our expectations accordingly.

At the same time, it isn't impossible for a player to outperform his projection. I think that's likely only a possibility for a guy like Jason Rogers (just for example) who might get to play in a platoon that caters to his strengths.

I'm starting to get off track though. The point is that teams can add significant value essentially by raising the floor. To do that they must add competent players to the bench and the bullpen. If ZiPS is correct, they've already done that. You might not notice this value day in and day out the same way you'll notice the Lucroy/Gomez/Braun grand slams. That value exists nonetheless.

A lot is being made out of the Brewers not having an ace in their rotation. Some people might even criticize their lineup after Gomez/Lucroy/Braun. To be sure, it would be nice to add an all-star caliber player. But I think some people are ignoring or underestimating the impact of the value the Brewers have added to fringes of the roster.