Matt Garza's rough spring continued with 10 runs allowed in 1 2/3 innings as the Brewers lost to the Angels 12-2. Jonathan Lucroy and Aramis Ramirez provided the only runs for the Brewers.

Share All sharing options for: Matt Garza gives up 10 runs in 1 2/3 innings, Brewers fall to Angels 12-2

Let's hope Matt Garza is getting this out of his system now.

The Brewers entered today's game against the Angels on a three-game losing streak and had hoped to get back on track on the road.  Meanwhile, Matt Garza had two rough starts to begin the spring, and was hoping to make some progress in this one.  Neither of those things happened.

Wednesday's Frosty Mug: Back from the links 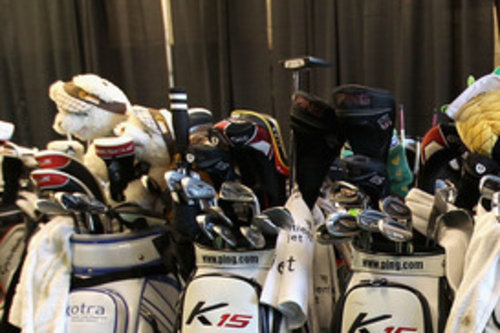 Catch up on the latest news from the Brewers off day.

The Angels struck right away in the first inning with an RBI double from Albert Pujols and an RBI single from David Freese.  Garza limited the damage to two runs in the first, but it just got worse in the second.  The Angels sent 13 batters to the plate, collecting a total of eight runs, seven hits (six of those singles), a walk, and a sacrifice fly.  The Brewers defense didn't give Garza any help either, committing two errors (a fielding error by Rickie Weeks and a missed catch by Jean Segura) that helped extend the inning for the Angels.  Garza was pulled for Rob Wooten, who promptly allowed an RBI single and followed that up by hitting a batter.  At the end of two innings, the Angels were up 10-0 and didn't look back.

The Brewers put up two runs in the third inning thanks to a Jonathan Lucroy double and an Aramis Ramirez single, but couldn't put up any more runs after that.

In the bullpen, Rob Wooten allowed the one hit and hit batter but nothing else.  Jim Henderson pitched a clean inning with a strikeout and a walk, and Zach Duke struck out the side in the fifth.  Donovan Hand allowed three hits and a walk but did not allow a run.  Dustin Molleken pitched an inning and allowed two runs on two hits and two walks, and Jose de la Torre finished it up with a clean 1/3 inning.

After the game, the Brewers outrighted Jose de la Torre to the minor leagues, leaving 42 players in camp.  The move also clears a spot on the 40-man roster.