A quick introduction to the new era of your favorite Brewers blog!

Share All sharing options for: Welcome to a refreshed Brew Crew Ball 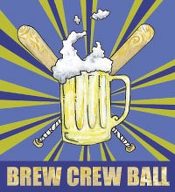 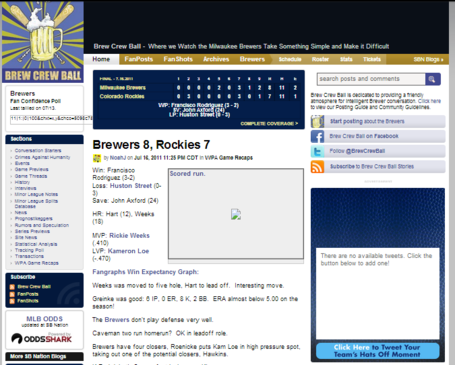 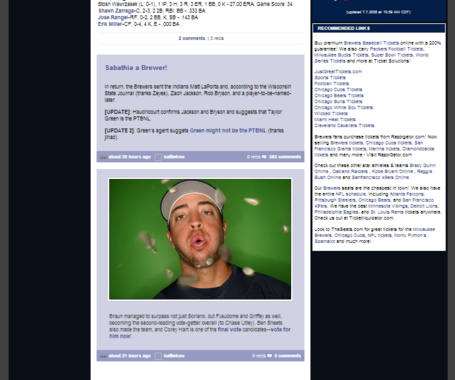 (Except better formatted, which the way back machine doesn't really have)

I've been here since Jeff Sackmann was running the show. Through Kyle's tenure as managing editor of the site. I've been here long enough to make over 15,000 comments and over 1,800 articles, guest-mugs, game previews, game threads, game recaps, and fanposts, most of them here on Brew Crew Ball.

What I'm getting at, is that I have been a small part of this site for a long time. In internet years, I think I'm technically an ancient or something. You probably have seen me around, if you've visited the site very much. I've grown to care about Brew Crew Ball way more than six-years-ago-me would have thought, and it's my absolute honor to take over the reigns as manager of the site.

I won't be doing it alone, naturally. You'll still see the same familiar names posting content here. You'll see expanded roles for Jordan, JP and Derek, in particular, as they look to help me make this site better than ever. Kyle will be popping in from time to time with fresh stuff, and all the other contributors will be provided content as well.

I'm incredibly excited about these changes, and already have a plan in place as to what I think will take the site to the next level. Above all, I'm hoping to give fresh takes on Brewers news as it happens. Every rumor, news tidbit, and more. I want to keep Brew Crew Ball as your Brewers hub.

BUT, I also want to hear from the rest of the community. What attracted me to the site was the writing. What made me stay was the sense of community I felt with fellow Brewers fans. So, I want your thoughts. This is the biggest change to happen to the site in some time, but it's the perfect time to refresh. Use this post to tell us if there's anything special you would like to see from BCB moving forward. Want a boxscore in every post? Need to hear more from your meat man? Let us know here. Alternatively, let us know what you don't want to see. Input is always welcome, of course.

I'll finish by saying I'm genuinely excited for the future of Brew Crew Ball. I hope you are, too. Go Brewers!