Why is Opening Day special?

Have you ever thought about why Opening Day is special? Let's stop for a minute today to consider the answer to this question.

Share All sharing options for: Why is Opening Day special?

As Opening Day got closer, I asked myself a question: Why is Opening Day special? What about the day is so special? To a normal person, Opening Day may just look like another game. If you think about the other major U.S. sports, none of them have the same excitement about the first game of the season. The NFL has some excitement, but not the same level as Opening Day. The NBA and NHL each also have more excitement around game one of the season, but nowhere near the level of baseball. In fact, the only other sports day that gets discussion about becoming a national holiday is Super Bowl Sunday. So, why do people take this day off of work or school, camp in the cold, or pay high amounts of money to make it to this one day?

I asked this question to some of the other writers. Noah had a great response to the question:

To me, Opening Day is basically an indication that summer has arrived. It's why the mythos surrounding it is often "The fresh cut grass, the cloudless blue skies, the smell of the grill!"

Baseball is a uniquely summer sport. Football is fall, Basketball is winter, Hockey is winter. Baseball is the only thing we get during summer, so people come to associate it with summer. I know I think summer and I think Uecker on the radio in the back yard while I horse around with my brother and my parents did yard work or grilled up some brats or whatever.

Opening Day is the beginning of that. It's more than just a sport, it's the celebration that winter is finally over and the nice weather is coming in.

There's a lot of truth in this statement. When baseball starts, it means that spring is here. The long winter is done, and we get warmer temperatures, green grass, and outdoor activities. The other two leagues going on right now (basketball and hockey) are coming to the end of their seasons, and soon baseball will be the only sport in progress. 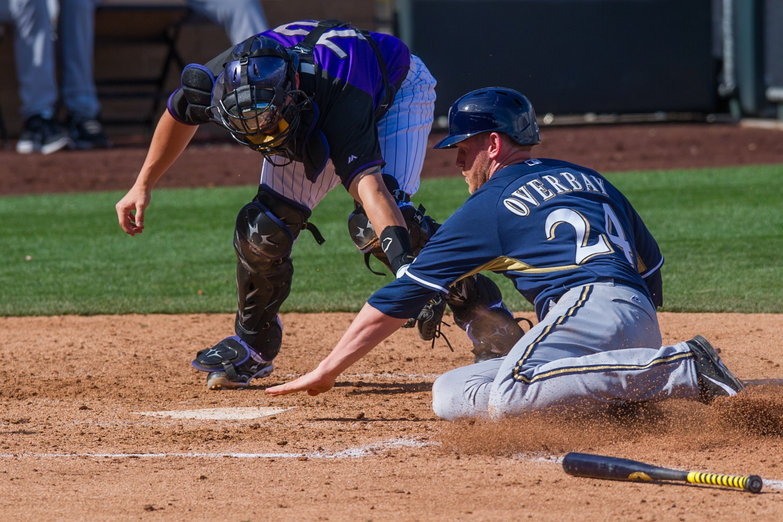 There also may be a psychological aspect to it. Scientific studies have shown that sunlight can help people avoid depression, and the increased amount of sunlight associated with baseball leads to better moods. The association with this could create a positive association with the game. (No real scientific evidence behind this, just speculation.)

At the end of the day, there's no one reason for why Opening Day is special. Everyone has their own reasons for why they enjoy it. It's all about what is important to you.

What do you think? Why is Opening Day special to you?