A look back at the Brewers' interest in Ike Davis: Are you happy about the non-trade?

The Brewers and Ike Davis had been linked all winter long. How correct were the Brewers in turning down the Mets' proposals?

Share All sharing options for: A look back at the Brewers' interest in Ike Davis: Are you happy about the non-trade?

Friday evening, the New York Mets finally found a trade partner and shipped off Ike Davis. The official deal is Davis to the Pirates for Zack Thornton and a player to be named later.

However, over the winter the Mets had been looking at a different deal, with a different NL Central team. The Brewers had been involved in rumors for the first baseman for what felt like the entire offseason. One day the two sides would be talking closely, the next there would be mutual interest but little talks, then two days later we would hear the teams hadn't talked at all. 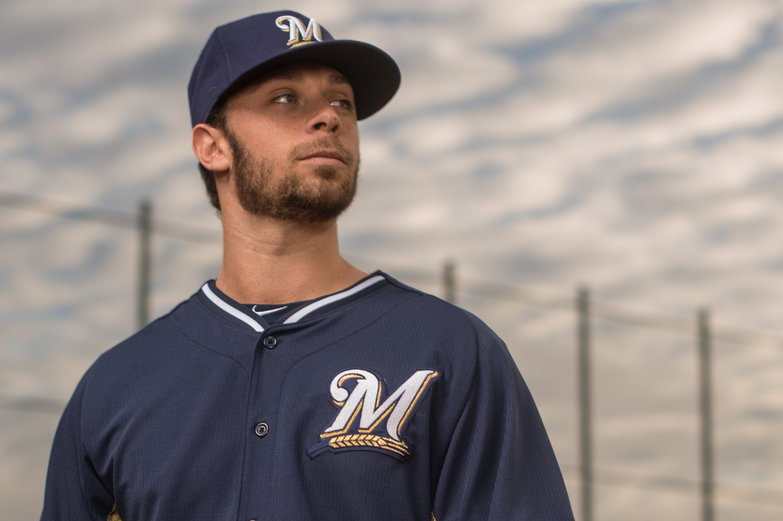 A couple weeks ago, we took a look at how good Tyler Thornburg has been out of the bullpen. Thornburg had been who the Mets were targeting for Ike Davis

The Brewers ultimately found the solution ("solution"?) to their first base troubles on two cheap minor league deals, bringing in Mark Reynolds and Lyle Overbay as a platoon. The Pirates never did solve their conundrum at the position, leading to this deal. In return, New York gets Thornton -- a 26-year-old right-handed reliever who was left unprotected for the Rule 5 draft by the Pirates this past offseason.

Of course, at the surface it seems like the Mets got a whole lot less than they originally wanted for Davis. When the Brewers were heavily rumored to be after him, the Mets had been looking for quite a bit more than what they eventually received. So much more that they were asked for top pitching prospect and new-found bullpen ace, Tyler Thornburg.

So why was he left unprotected in the Rule 5 draft, and why did no team pick him up? Well, based on scouting reports I've seen, Thornton is basically the bullpen version of Mike Fiers. He doesn't throw particularly hard and doesn't have outstanding stuff, but somehow gets the job done through a deceptive motion. I probably wouldn't take a risk on keeping Fiers in the the majors as a team would have to do with a Rule 5 pick.

So if we take it on just Thornton vs. Thornburg, the Mets certainly settled for less than they were asking from the Brewers. Thornburg was much more acclaimed, has a chance to start, is younger, is more naturally talented, and has already reached the majors. Good on the Brewers for sitting out from that deal.

Of course, the Mets are getting more from the deal than just Thornton. The player to be named later is, according to some rumors, expected to be a better prospect than Thornton and not just a random throw-in. So maybe that will tip the trade closer to being more worthwhile for the Mets. I somehow doubt it will be a big get, though. The Pirates turned down the Mets' first request of Nick Kingham (ranked the Pirates' fifth-best prospect by John Sickels coming into the season), and with Thornton being a not-bad get, it's doubtful the second player will be much more impactful.

So were the Brewers right to turn down the Mets? Should they have tried harder to acquire Ike Davis for a player lesser than Tyler Thornburg? Davis has been hitting well this year with a .242/.375/.394 line. However, he had been more and more of a bench player as Lucas Duda took over more at first.

Meanwhile, the Brewers' first base production has been interesting. Lyle Overbay has been dreadful, of course, with a 549 OPS. However, Mark Reynolds has flashed the power he became renowned for with five home runs and a .231/.310/.558 line.

Davis would have been a longer-term starter for the Brewers -- he isn't a free agent until after the 2016 season. However, he's also more expensive. This year he is earning $3.5 million in just his first year of arbitration.

The Brewers almost certainly were correct not to offer Thornburg for Davis. Any benefit (if there is any benefit) he would provide over Reynolds would be mitigated by the loss of Thornburg. However, could the Brewers have looked to make a trade similar to the one the Pirates accepted? What do you think?

Three weeks into the regular season and now that we've seen him actually dealt, how do you feel about the Brewers' decision to not trade for Ike Davis?

This poll is closed