Should the Brewers be looking for a first base upgrade outside the organization?

The Brewers rank in the bottom third of most hitting stats for major league first baseman. Do they need an upgrade?

Share All sharing options for: Should the Brewers be looking for a first base upgrade outside the organization?

Those numbers indicate that the Brewers should be looking to upgrade at the position. And they have been. Doug Melvin recently confirmed that the team had shown interest in free agent Kendrys Morales, though he appears not to be a fit due to defensive deficiencies. Other options in trades may exist as well. But would it really be beneficial to Milwaukee to bring in a new player?

It may benefit Milwaukee to just change things up with the players they have: The overall first base numbers are brought down by Lyle Overbay and his putrid .235/.312/.309 batting line. Mark Reynolds, meanwhile, is a little more respectable at .235/.307/.500 with eight home runs. Neither one is particularly adept at getting on base, but Reynolds is at least on pace for 40 home runs were he to play in 140 games. 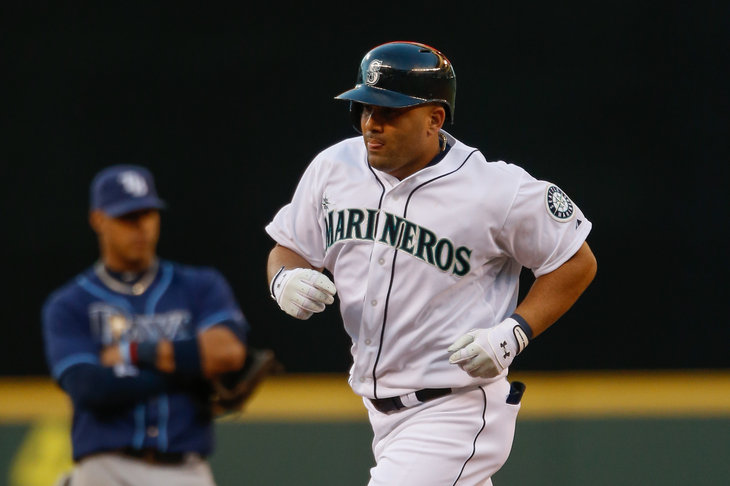 However, it seems unlikely the team will sign the free agent.

Morales would undoubtedly be an improvement at the plate over either existing option. He doesn't have as much power, but will hit between 20-25 home runs while still being able to post an above-average on-base percentage. Since breaking his leg and missing all of 2011, he has posted OPS's of .787 and .785. He'll also put the ball in play much more often -- Mark Reynolds is also on pace for 205 strikeouts over the course of 140 games. Morales would cut that number in half. Strikeouts aren't the worst thing, but that doesn't mean they aren't bad. The Brewers are in the bottom-third of productive out percentage in the majors, and it's not because they don't bunt enough.

Still, Morales' defense is so bad that even Doug Melvin is troubled by it. So, he does not appear to be an option for the Brewers. Though, of course, it could be posturing on Melvin's part to have a better shot at him after the draft, when the team wouldn't have to give up a pick.

If not Morales, should the Brewers go after someone else? There aren't any free agent options, but what about a trade? It's still early enough in the season that it's unclear who exactly will be available, but the Padres are on the verge of shipping off Kyle Blanks to the Athletics for, basically, a nonprospect.

I wouldn't argue that Blanks is a savior for a team in need of a 1B/OF, but he could make sense for the Brewers. Still just 27, he's a former top prospect who has hit .228/.310/.401 in 239 big league games. He also had a 1.014 OPS in the minors this year. The only problem with that is he is also right-handed, meaning a platoon would not work so well, though he does not have significant lefty/righty splits.

The other player that comes to mind as probably available is Adam Lind, who seemingly has been on the block for years. He's owed $7 million in 2014 as the last guaranteed year of his contract, though there are two team options on him. This season, he has a .306/.433/.505 line over 18 games, though he missed time with injury. Last year, he had an .854 OPS. He's mostly a full-time DH at this point, but has played mostly at first in his career. Still, he may have the same issues as Morales to the Brewers.

There's also the problem of the Brewers needing to give something up in a trade. For Lind, that piece might be someone actually significant. For a guy like Blanks, not so much. The Brewers don't have a lot to work with in their minor league system as it is; should they be looking to sacrifice even more of their future talent for a fill-in when Reynolds is doing well enough?

Furthermore, if the team were to target a Blanks-type player or a Justin Smoak, or if Ike Davis had still been available, would that really be much better than giving Hunter Morris a shot? Either option would come with risk, but at least with Morris nothing would need to be sacrificed. I'm admittedly not his biggest fan, but at this point he could be the lefty hitter the Brewers need right now. He's hitting well in Triple-A -- if he keeps it up, it may be difficult for the team not to replace Overbay with him. All in all, that may be the best option for the team moving forward.