Braun has not played in nearly a week as he deals with a nagging oblique injury.

The Brewers have officially placed Ryan Braun on the disabled list with a right oblique strain, according to Adam McCalvy. Logan Schafer has been activated from the DL to take his roster spot.

Braun's stint on the disabled list will be retroactive to April 27. That will make him eligible to be activated as early as May 12, another nine days from now. He last played April 26 against the Cubs, going 1-4. 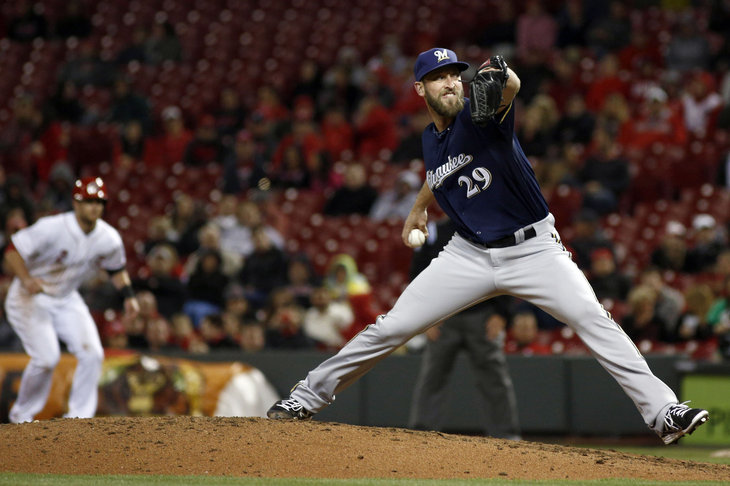 Ryan Braun is not the only Brewer to be placed on the DL recently. Jim Henderson will also miss at least 15 days.

Yesterday, Brewers' brass was in the mindset that Braun still has a lot of progress to make before returning to the field. The team had been taking it day-to-day with him, but with Schafer eligible to return and having played with a fairly shorthanded roster already, the decision was made to bite the bullet and have Braun officially sit out.

It's a shame that Braun had to have an oblique injury. They have been notorious in baseball for being slow-healing issues that can linger for a while. This is obviously not ideal for Braun, who has had these kinds of maladies off and on for a while and is still dealing with a nerve-damaged thumb as well. Because of the nature of the injury, it's anyone's guess as to how long Braun will actually need to sit out. Given the fact that the Brewers kept him on the roster for days hoping he would feel better, it doesn't seem to be incredibly serious, so my hope is Braun will be back when first eligible.

In the meantime, Schafer and the recently called-up Caleb Gindl will probably see most of the playing time in right field. Schafer is more of a defensive specialist while Gindl, who reached base twice in his first major league game this season, has the better bat. Both are left-handed, so a traditional platoon likely would not work. It is worth noting, however, that until 2014 Gindl has often hit lefties as well as he has righties.

For what it's worth, Schafer had two hits, two walks, and two strikeouts in 18 plate appearances over five minor league rehabilitation games before being activated.