Great moments from Wiki Answers: Did Derek Jeter ever play for the Brewers?

Share All sharing options for: Great moments from Wiki Answers: Did Derek Jeter ever play for the Brewers?

I was doing some research today, looking to see if it was known yet what the Brewers would give Derek Jeter as a retirement present before the team's game against the Yankees tonight. When I misspelled a word in "Brewers Derek Jeter gift", I came across a link I couldn't help but click, and thus found this:

It's a real, honest to god question.

I don't know, is that as funny to anyone else as it is to me?

Anyway, here's an artist's representation of what Derek Jeter would look like in a Brewers uniform: 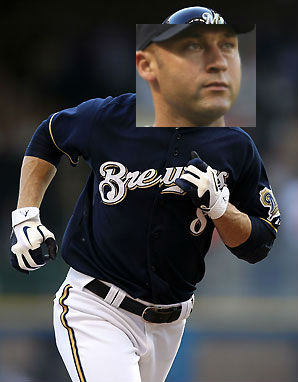