MLB 2014 All Star Game: A look at the latest update on NL vote totals

A look at the Brewers in the latest All Star vote update, and how quickly players are rising.

Share All sharing options for: MLB 2014 All Star Game: A look at the latest update on NL vote totals

Major League Baseball released another update on All Star voting Monday night. Since their first update at the end of May, there has certainly been some movement:

Most notable for the Brewers may be the fact that they have two of the fastest-rising players in the league right now from the first update to yesterday's. Carlos Gomez and Jonathan Lucroy have both seen over a 200% increase from their first standing. 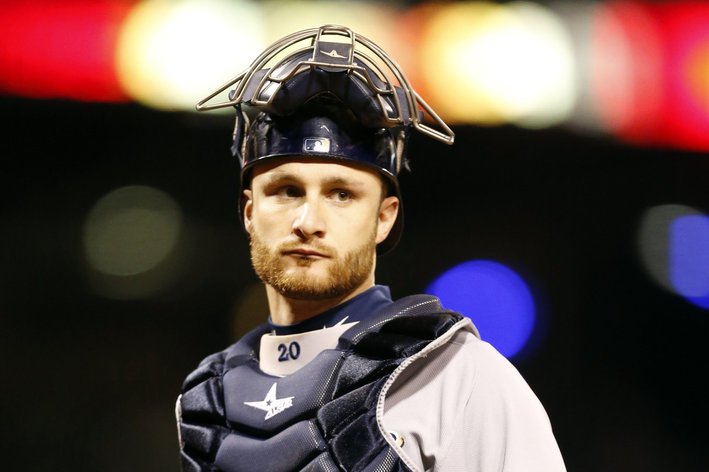 JP has the first of a series of articles detailing how the BCB contributors would construct the NL All Star Game roster.

In fact, Gomez is now in position to start in the outfield for the National League, something nobody would ever have seen coming  as recently as three years ago. Things can change quickly, though: Andrew McCutchen is right on his tail and turnover in the outfield has been big: Not one of the current top-three was in such a position during the first update.

Jonathan Lucroy, of course, is probably the most deserving candidate to start at catcher for the National League. Unfortunately, Yadier Molina and Buster Posey's popularity have kept them in the top two spots. Still, Lucroy's big gain is nice to see. There's virtually no way he catches up to Molina, however. There are still over one David Wrights-worth of votes separating the two.

Ryan Braun, meanwhile, has dropped out of a starting spot. While Lucroy and Gomez have been among the fastest-rising, Braun has seen one of the lowest rises in his vote totals. That drops him all the way to 6th as he has hit just .295/.333/.500 since the first update. There is a big gap between he and seventh-place Angel Pagan, however. Also dropping is Aramis Ramirez, who had been in second at third base during the first update. His long absence due to injury certainly has not helped his case. He is in a position to move back up at a weak position if he hits well, though.

Khris Davis has also moved into the top-15 in the outfield, coming in at 13th with 459,771 votes. He is behind Matt Holliday and Michael Cuddyer and would likely need a Herculean effort to move into contention for a starting spot.