Yesterday Noah talked about the notion of trading for David Price. I'm inclined to agree that it's a near impossibility and very likely a bad idea anyway. To me, that only makes it more interesting that the Brewers had scouts at the Rays' game. That's because I see some players who might be available that make a lot or at least some sense for the Brewers.

Before I get into that, I wanted to discuss how I go about evaluating trade targets. The first thing I do is look at the Brewers and discern what they're lacking and where they can easily upgrade. In my opinion the Brewers need a left-handed bat off the bench, preferably one with power. They could also probably benefit from an upgrade to their utility infielder position. I also think they could benefit from a high leverage reliever, though I know I'm in the minority.

It's important to understand that an improvement is an improvement. I've seen a lot of talk dismissing the idea of acquiring a reliever because the bullpen is an area of strength for the Brewers. I don't disagree about the bullpen, but it's not like it can't be improved. If you're adding a high leverage reliever and sending down Rob Wooten or even Brandon Kintzler, you've made a real improvement (no I'm not disparaging Kintzler, I like him too). The other thing people always say is that bullpens are volatile and relievers are a fungible asset. I say, yes and no. Not all relievers are created equal and top notch relievers are not easily found or created.

Also part of "an improvement is an improvement" is the idea of marginal improvements (every little bit helps). I don't see it often, but sometimes I'll see people scoff at a trade target because he's a platoon player or he's not great just good. I get that trading for the Prices and Sabathias of the baseball world is really exciting, but unless your team has gaping holes it's usually unnecessary. The Brewers don't have a single position where I think the starting player is killing this team. So that just leaves the bench. Think of all the times the Brewers sent Logan Schafer or Elian Herrera or Irving Falu to the plate to pinch hit for the pitcher or worse yet, in an important scoring opportunity. It didn't work out too often, did it? Now imagine if instead of one of those guys they could insert a Scooter Gennett type player. That's better, isn't it?

After I'm done addressing the Brewers' roster I like to go to Cot's Contracts and take a look at the target team's roster. Cot's is great for a couple of reasons. Each teams' page contains detailed contract information for each player on that team. There is also a link to a spreadsheet that is really great for a quick look at salary figures over multiple years and more importantly, when a player reaches free agency. The one I'm talking about is listed as "2014-19 payroll obligations." Most of the players that are going to be available on the trade market will reach free agency either next year or possibly the year after. At least that's what I expect for any trade target the Brewers are interested. 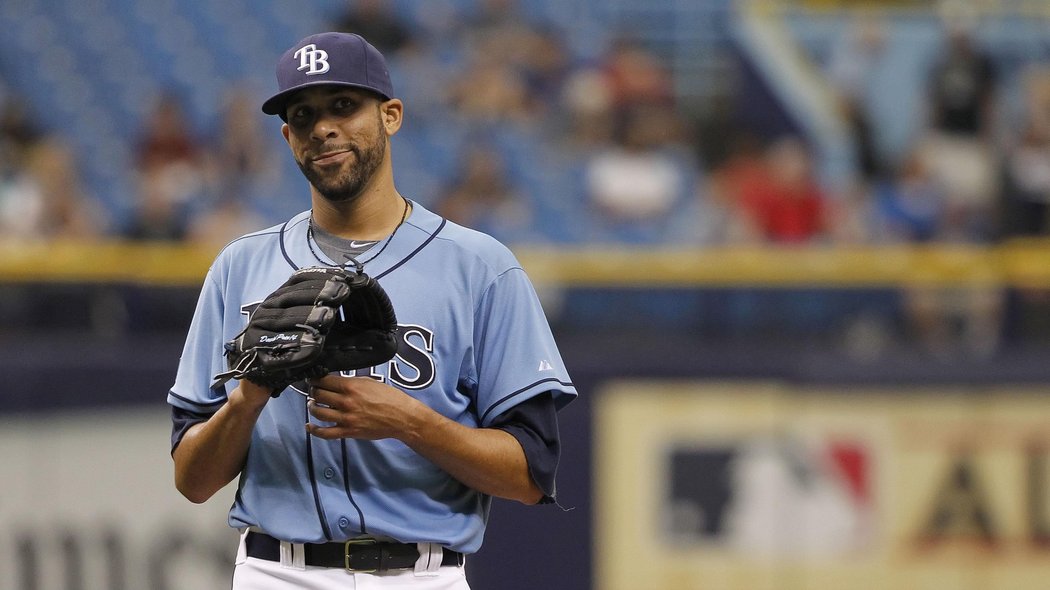 It likely isn't a big deal at all, but that doesn't mean we can't write way too many words analyzing what the Brewers possibly scouting David Price means.

With all that in mind, I took a look at the Rays' roster and made a list of players I found interesting. Top of that short list is ultra versatile Ben Zobrist. He's played mostly second base this year, but has also played some shortstop, and both corner outfield positions. He's having a bit of a down season so far, but both ZiPS and Steamer project him to bounce back. He's certainly an upgrade to Elian Herrera at short and an upgrade to Rickie Weeks at second.

While Jean Segura is a better option defensively, Zobrist's bat is much better and his defense won't kill you. I'm not suggesting he replace Segura all together or anything. Thinking down the line though, he might be a better option at shortstop in the postseason. At the very least he would give the Brewers options.

What's really interesting about Zobrist is that he would make Weeks expendable. Zobrist is a switch hitter, but hits better right handed. That's the perfect platoon partner for Scooter Gennett. If the Brewers can find someone to take Weeks, even if they have to pay most of his salary for this year, it would greatly help roster flexibility. They could return Logan Schafer (replacing Herrera) and still have a spot for that left-handed power bat (replacing the 8th reliever). That's a lot of moving parts though, and trading Weeks is easier said than done, so it might not be realistic.

Zobrist also won't come cheap as he has a favorable salary this year ($7 million prorated to whenever he's acquired) and an option for $7.5 million next year with a $0.5 million buyout. He isn't a superstar anymore but he very likely could be a solid starting second baseman on a lot of teams, even if he never regains his previous form. It's for that reason he might not be a realistic option for the Brewers. Though if he could be had for the right price I'd be all over it.

The second and last player on my list is Matt Joyce. For me, Matt Joyce is basically the poor man's Seth Smith: Less power, not as good defensively. Joyce is a left-handed hitter capable of playing in either corner outfield position, though he does seem better suited to left. If there's a knock on him it's his defense, but he's not any worse than Khris Davis. The fact that's he's spent significant time in right field over his career suggest he's better defensively than Davis.

This year he is hitting 286/387/418 with a 126 wRC+ vs right-handed pitching. It's weird because he's had better slugging numbers in the past, but his current batting average and on-base are much better. Perhaps it's intentional. He's hitting doubles at a normal rate, he's just missing the home runs. Maybe he's just become a more disciplined hitter. Instead of selling out for home runs he might just be trying to put the bat on the ball. Regardless, those are good numbers and if the power were to return while maintaining that average and OBP he'd be a great addition to the Brewers. There's reason to be hopeful as Miller Park could very well help boost his home run numbers.

The Brewers do have Caleb Gindl who seems to be a similar player. I think Joyce is more of a safe bet though. Gindl did well for the Brewers in a short tint last year, but he's not even hitting that well in AAA this year.

I originally believed Joyce was a free agent after this year but I was mistaken. He actually enters his third and final arbitration year in 2015. That increases his value and in turn the cost to acquire him. It might even be a reason for the Rays not to deal him at all. It at least gives them some leverage. He is a platoon player though, so the cost wouldn't be exorbitant.

What do you guys think? Do you like either Zobrist or Joyce? Hate them? Did I miss a player? Let me know your opinions in the comments.