Brewers fans have long been waiting for all three of these events to occur. Brewers kill three birds with one stone.

I don't know where to begin. Wei-Chung Wang has been a thorn in the side of many a Brewers fan. I think it would be entirely different if the Brewers weren't competing. Some fans just had no patience for a guy that was basically nothing but a long term project that might make for a good pitcher in 3 years taking up a roster spot now. I get that, but it's way too late in the season to let him go now.

That's probably part of what spurred the Brewers to place Wang on the DL with "shoulder tightness" *wink wink*. A Rule-5 pick has to stay on a major league active roster for at least 90 days. Wang has surpassed that mark and so it's entirely possible the Brewers keep him on the DL for a long time. I wouldn't be surprised if we didn't see him again until rosters expand in September. The Pirates could lodge a complaint, but the precedent for punishment is losing next year's Rule-5 draft pick. Another way to say that is there is no punishment.

I personally think more has been made of his impact on the bullpen than what his impact was in reality. The "impact" we're talking about is how many innings the bullpen has had to cover since it's basically been down a reliever. The Brewers starters have been eating up tons of innings and rank 2nd in innings pitched. That really mitigated a lot of that theorized impact. What we're basically talking about with Wang is the difference between him and another low leverage-long man. Those guys don't get used often and so ultimately we're probably not talking about more than 15 extra innings the pen has had to cover.

It's time to move Marco Estrada to the bullpen 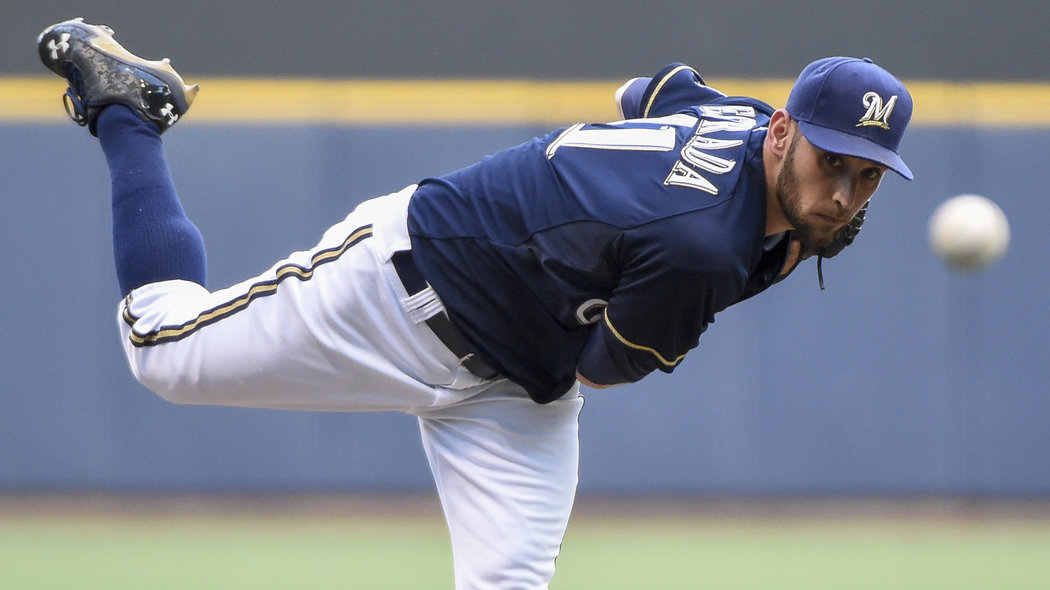 Estrada has been great in the past, but so far this season he's been less than that

That being said, there should be no doubt that the Brewers bullpen is much improved by his absence. In my opinion, the bullpen is doubly benefited by the inclusion of Marco Estrada. I wrote about this yesterday so I won't take the time to rehash that here, but I'll say that I truly believe that Estrada could be an excellent reliever.

I think we should realize that Jimmy Nelson is very probably not going to pitch that well at the major league level (No one is pitching that well if you go by ERA). At least he probably won't right away. That's not to say he won't be good. Really, he just has to do better than a 5.00 ERA and the rotation will have been improved. I think we can hope for a good deal better than that.

It's been a rough stretch for us fans. The Brewers have lost 8 of the last 10 games capped by a sweep by the Phillies. Still, the Brewers have one of the best records in baseball and are in first place in the National League. Now we have Marco Estrada in the bullpen and Jimmy Nelson in the rotation to look forward to. I for one am excited to see how things work themselves out.