Matt Garza lasted just a third of an inning as the Brewers are now tied with the Cardinals atop the National League Central.

Matt Garza has had some really good starts for the Brewers since signing with them in the offseason. He's also had some really bad starts. Unfortunately, tonight fell into the latter category.

The shortest Brewers starts of the last 25 years 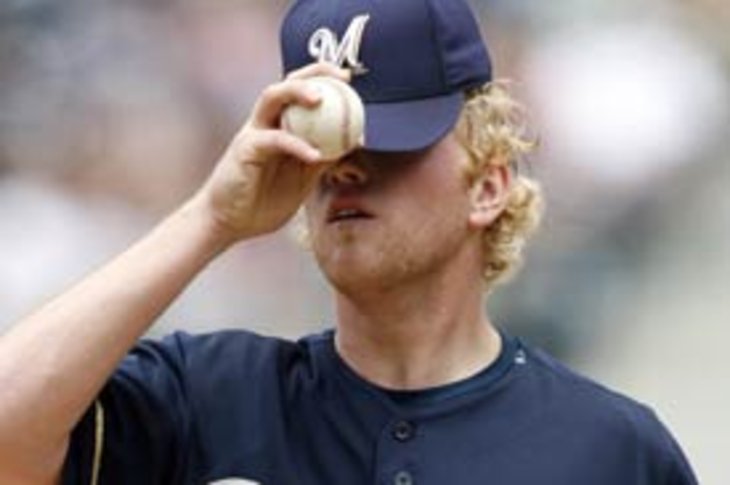 Matt Garza is not alone in having thrown a very short start for the Brewers.

Garza became just the 41st starting pitcher in franchise history to fail to record at least two outs. He struck out Anthony Rendon after giving up a leadoff single to Denard Span, but followed that up with a double, another single and two walks before a coaching visit. Two more singles later, and Garza was pulled having allowed five earned runs on five hits and two walks in 0.1 innings.

Unfortunately, that was more than enough damage as the Brewers' offense looked complacent against Tanner Roark today. In fact, Milwaukee's only run against him came in the second when Jonathan Lucroy -- on second base after a double -- stole third, then came home as the threw to third flew into left field.

Meanwhile, Marco Estrada put the game further out of reach by allowing three earned runs in 5.2 innings of long relief. Really, Estrada looked pretty good out of the bullpen. He gave up just five hits and a pair of walks, but most importantly did not allow any home runs.

After Roark left the game, and with the Brewers down 8-1, Ryan Braun hit a two-run home run. It was too little, too late at that point, though.

The St. Louis Cardinals had already beat the Dodgers earlier Saturday, which means the Brewers one-game lead in the NL Central has turned to dust. They still have not fallen below first place since April 5, but they're a long cry from the 6.5 game lead they had at their peak this season.

The Brewers and Nationals will play one more tomorrow as Yovani Gallardo takes on Gio Gonzalez. First pitch is scheduled for 12:35 pm CT.