The Brewers sent someone to watch Cliff Lee start on Monday. Could the team consider him a trade target?

Share All sharing options for: Brewers trade rumors: Cliff Lee being looked at by team scout?

The Brewers had a scout in Philadelphia last night to watch the Phillies take on the San Francisco Giants, according to Jerry Crasnick of ESPN. As the trade deadline nears, it appears Milwaukee could be at least faintly interested in someone on the Phillies' roster.

Who could it be? The obvious player, and the one Crasnick suggests given the teams with scouts at the game, is Cliff Lee, who made his first start for Philadelphia since May 18 and promptly stunk. Lee gave up six runs on 12 hits over 5.2 innings to San Francisco.

Lee, 35, does not include the Brewers as one of nine teams he can be sent to without his permission as part of his partial no trade clause. Thus, if Milwaukee were to make a play for him they would require him to approve such a deal. Of course, I don't know that the Brewers would have much interest in an aging player who is still owed potentially nearly $60 million through 2016.

There's little doubt that Lee would be an improvement for the Brewers rotation as a replacement for Jimmy Nelson. However, that type of salary is a big commitment for a team like the Brewers, even if the team does potentially have some room to work with as they shed some bigger salaries in the next couple years.

Could Ryan Howard be a Brewers trade target? 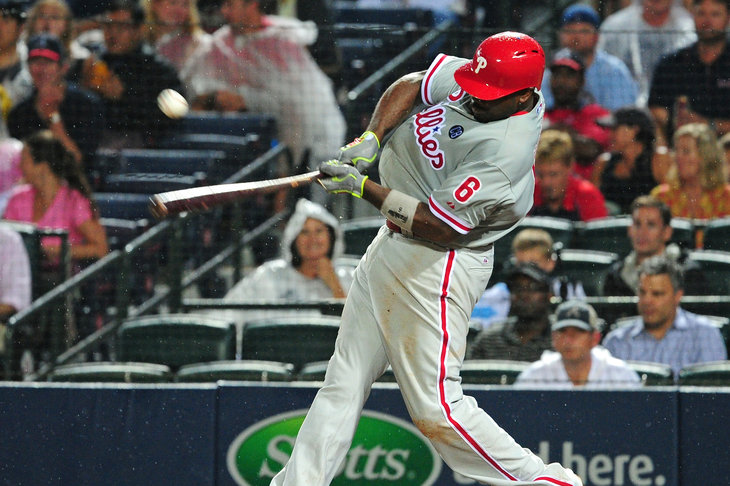 Looking at why and why not Howard could be on the Brewers radar.

The nice thing about such a deal, though, would be the possibility that the team would not have to give up as much in terms of prospects so long as they are willing to assume much of Lee's deal. That's an appealing scenario for a Brewers team that doesn't have much in the way of impact minor league talent, yet. It's also possible that assumption is wrong and that some other team still believes Lee will be good enough to justify his deal.

Regardless, if the Brewers were there to see Lee, who knows what their actual interest level is. A scout being at a game doesn't necessarily mean anything other than doing due  diligence. Then again, this is at least the third starting pitcher we know the Brewers have looked at, along with Jake Peavy and David Price. Could the Brewers seriously be considering a trade to fill out the back of the rotation?

Or maybe the Brewers are just going to starts being made by pitchers with rumors swirling around them to throw off the scent of interest in other players. Maybe Milwaukee was actually at the game to watch, say Ryan Howard take reps at first base? Maybe to see if Grady Sizemore has a little something left in the tank? Marlon Byrd has been rumored to be on the block, could the Brewers see him as a fourth outfielder? The Brewers have been looking for a relief pitcher, perhaps they were hoping to see one of the Phillies' bullpen arms get an appearance.

Who knows? But the Brewers had a scout there, and that could mean something.