Brewers might be attempting to acquire Int'l Slot Bonus(es)

The Brewers unofficially signed Glibert Lara on July 2nd. It's unofficial for a reason.

On Wednesday the Brewers were reported to have signed Gilbert Lara for a $3.2 million bonus. That would exceed their pool allotment of $2,611,800 by well over 15%. That's meaningful because they'd have to pay a 100% tax on the overage and more importantly be unable to sign international prospects for more than $300,000 for the next two years. Teams can acquire additional cap space by trading for other team's slot values. I was previously under the impression that it didn't matter when a team acquired said slot bonuses. I was recently informed, however, that isn't the case. 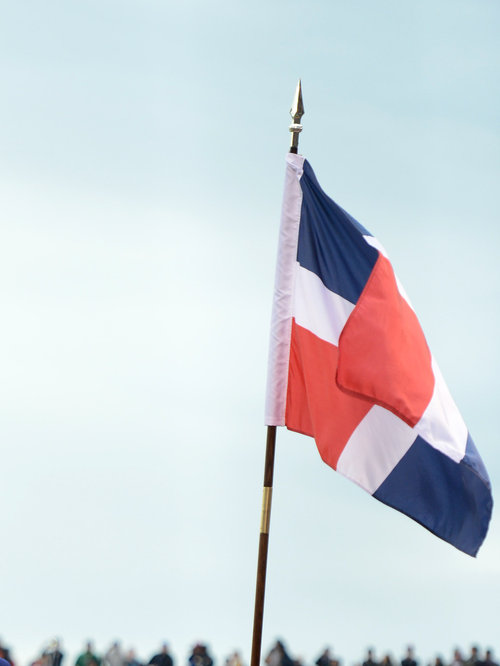 Baseball America has been listing all official signings and I noticed that the Lara signing was not included. That's because the Brewers have not actually officially announced the signing. This isn't surprising and there's nothing to worry about. The signing will happen. My impression was simply that the Brewers were waiting until they had acquired additional cap space to make the signing official.

With this report from last night, MLB Trade Rumors has more or less confirmed my suspicion. This is the tweet they're referencing. Unfortunately I don't speak Spanish so I don't know exactly what is being said. The basic gist is that the Brewers are waiting to make the signing official until they acquire cap space.

So the obvious question then becomes, what are they going to give up to get this cap space? That's an almost impossible question to answer for several reason. We can't know what teams the Brewers are looking to deal with. We also don't have many previous examples of such a trade as last year was the first year this system was in place. Since the Brewers really only need to acquire approximately $500,000 we can probably safely assume they'll not have to give up too much.

I think one interesting possibility is Tom Gorzelanny. He had been recovering from surgery most of the season, but seems to be fine now. He's the third lefty (fourth if you count Wei-Chung Wang, but you probably shouldn't be counting him). Of those 3 lefties he's certainly the lowest on the totem pole. In addition to that, despite having Wang and some questionable performances of late from Rob Wooten and Brandon Kintzler, the bullpen is somewhat crowded. Said crowding will only be accentuated when Jim Henderson and Tyler Thornburg return sometime in the near(ish) future.

Gorzelanny is a solid reliever, but he's not great. He probably slots in towards the bottom of the depth chart in the pen right now, and there's evidence to support this. Since returning around June 15th, he's pitched all of 5.1 innings. That's not to suggest he's not good, it's just that the Brewers bullpen has been that good. Or at the very least, it suggests that the Ron Roenicke is more comfortable using other relievers.

Because he's good-not-great and his contract is up after this season, it's unlikely that teams would be interested in parting with much to get him. Because he's solid and a lefty, there are teams that would be interested in acquiring him for the right price. Because he's unlikely to have a major impact for the Brewers now or in the future, they might be willing to part with him. Trading him would not only alleviate the traffic jam in the bullpen, it would also open a spot on the 40-man roster for whoever they end up adding to the bench/bullpen before the trade deadline, which is something I expect they will do.

There are certainly reasons to trade Gorzelanny. Of course that doesn't mean the Brewers will do this. They might not even have to. Acquiring a slot bonus might be as simple as trading a couple fringe prospects/non-prospects. I suspect we'll find out in the very near future. With the holiday weekend, I'd guess we'll have to wait until next week to find out. I'd be surprised if it was much longer though.