The Brewers recently sent scouts to Jake Peavy's start for the Red Sox, but it's not clear that they were there to observe Boston's starter. For what it's worth, this makes two Red Sox games they've had scouts at.

There's been a lot of talk here and else where on the interweb about kicking Marco Estrada out of the rotation in favor of Jimmy Nelson. Even though I believe Estrada can still bounce back, it's certainly possible they could improve the rotation by replacing him. I saw this on Twitter suggesting they Brewers might be looking into Jake Peavy. Here is the original tweet discussed in that article.

Peavy would likely be better in the National League. His K% could see a jump, but his home run issue has existed long enough to suggest it's part of his skill set now. That won't be helped by pitching in Miller Park. His contract is reasonable. He gets $14.5 million in total for 2014. That's mid-rotation money which is what Peavy is on a good day and it's possible money would come in from Boston. There also could have been a player option ($15M) for 2015 but he's going to miss the IP requirement, so he'd be a rental for sure.

To be perfectly honest, we don't even know if the Brewers scouts were there to check in on Peavy at all. Cafardo's tweet only mentions that Brewers scouts are there. This is actually the 2nd Red Sox game I'm aware of that the Brewers sent scouts to. The other one was a Jon Lester start. That's interesting because really, they could be looking at any number of players. The two guys who seem to make the most sense are Koji Uehara and Junichi Tazawa (Will Middlebrooks makes sense too, but I'd be surprised if he was available).

The Brewers want a reliever. Doug Melvin has even said he's always on the lookout for them, though more recently admits there's not a pressing need. That could be just GM-speak though. They're set with lefties, but could benefit from a good right handed reliever. Both Red Sox relievers are excellent pitchers and have been for the previous 2-3 seasons. Uehara is striking out 34.9% of batters faced, walking 3.4%. Opposing batters are hitting .170 off him and he has a 0.73 WHIP! His 1.13 HR/9 is maybe a little higher than you'd like, but he's still managing a 1.36 ERA and a 2.56 FIP. Uehara's contract is over at the end of this year and he's making $4,250,000 this season. 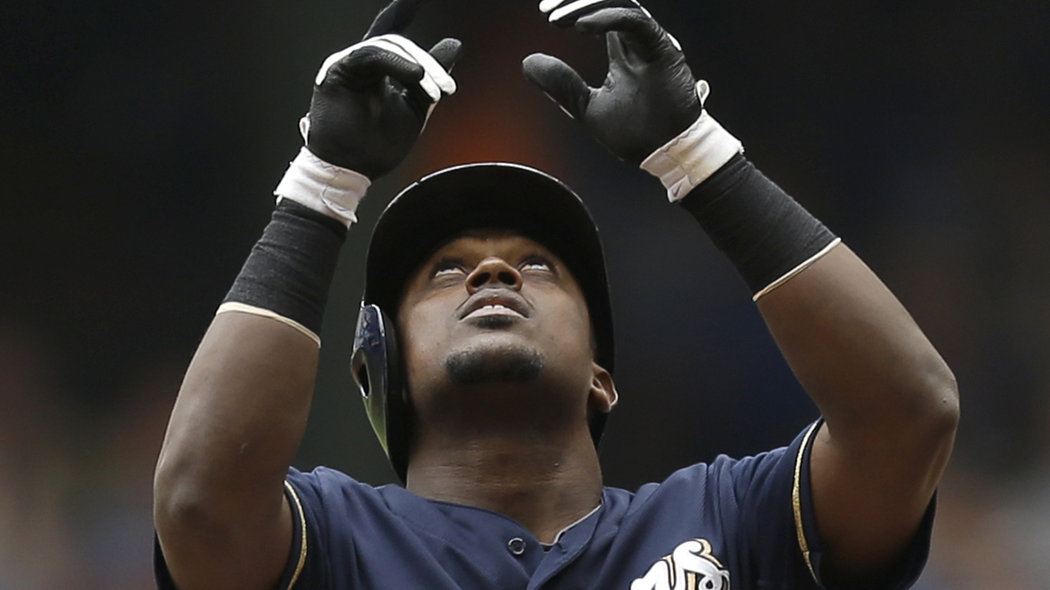 Doug Melvin discussed his plans as the trade deadline looms within a month. Some of his thoughts are not ideal.

Tazawa is 11 years younger than Uehara and has two years left of control. He'll enter his second arbitration season next year and is due a solid raise from the $1,275,000 he's getting this year. He's striking out 26.1% of batters faced, walking 5.6%. Opposing batters are hitting .239 off him and he has a 1.14 WHIP. Those aren't near as good as Uehara's numbers, but they're still very good. They're in line with his stats from the previous 2 seasons so there's no reason to believe they aren't sustainable (beside the regularly used, and sometimes wrong, caveat that relievers are volatile assets).

Jake Peavy doesn't seem to make a lot of sense to me. He's not that good of a pitcher, but if they want to replace Marco Estrada, and can get Peavy for cheap it might be worth it. That's assuming Estrada doesn't bounce back and they don't want to call up Jimmy Nelson for whatever reason. Either one of Uehara or Tazawa do make sense. However, they could both be rather costly as Uehara is an elite reliever and Tazawa is a strong reliever with 2 years of control after this season. Depending on the cost, I'd be pretty happy with either of them.

Once again, the Brewers could be looking at any one of these guys, all of them, or none of them. I have no inside sources or anything like that. I'm basically just guessing using the information at my disposal which I've provided for you. So, what do you think? Would you be pleased to see the Brewers trade for one of these guys? Hate the idea? Let me know!