The Rays were offered one of the best prospects in baseball for David Price and turned it down. What does that mean for the Brewers?

In recent weeks, there have been some rumblings about the Brewers potentially being interested in a starting pitcher, with the most intriguing rumors having the team scouting Rays' lefty David Price.

Whether it would be a good idea to trade for Price or not, it now seems that idea is off the table. There haven't been any explicit reports stating that the Brewers are officially out on him, no solid word that Milwaukee tried and failed or that the original rumors were erroneous, as they may very well be anyway. Instead, what we have is this:

[The Athletics] considered, for example, David Price. Once they steeled themselves to trading Addison Russell, the precocious 20-year-old who was going to be their shortstop for the next seven years starting in 2015, the A’s knew anyone was in play, including Price. They talked with the Rays. Permutations of a deal went back and forth. It never materialized.

There. That's it. We can now stop talking about David Price. The Athletics were willing to trade Addison Russell and very possibly additional pieces to get David Price from the Rays. The Brewers can not match that, at all. Russell -- who wound up with the Cubs in exchange for Jeff Samardzija, of course -- is the fifth-best prospect in all of baseball, according to Baseball America. He's a shortstop with, truly, all the talent in the world. He's still just 20 years old, in three minor league seasons has hit .298/.386/.512, and is expected to play in the majors as soon as 2015. 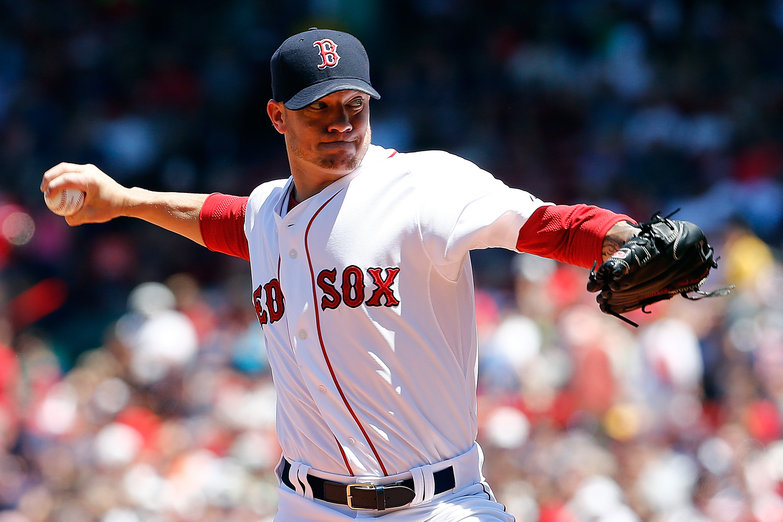 David Price is not the only pitcher Milwaukee has scouted. Boston may be willing to deal veteran starter Jake Peavy.

And the Rays apparently turned that offer down. Like, they need more than Addison Russell.

The Brewers can't offer that. Jean Segura, maybe, could match Russell. Milwaukee won't and shouldn't make that offer, however. Wily Peralta, same thing. If we're not including key position players already on the roster, that leaves prospects.

Though Milwaukee's farm system is absolutely improving and has a bright future, most of that talent is at the very bottom levels on the minors, which wouldn't hold as much value in a trade unless the players in question are Byron Buxton-esque, which they aren't. At the upper levels, it's Jimmy Nelson and that's about it as far as players that could be a key part of a deal. And if the Athletics aren't taking perhaps the best shortstop prospect in baseball (albeit one that may have to move off the position), they wouldn't consider Nelson without another big-time prospect included, which the Brewers don't yet have.

It's possible the Rays lower their price slightly as the trade deadline moves closer, but it's important to remember that it's not trade him or lose him for Tampa Bay. Price is under contract through 2015 yet. The Rays may be 10 games below .500 right now, but they aren't as bad as they've played. After four straight 90+ seasons, it wouldn't be surprising to see the Rays bounce back this year or next. That's a big reason why they are reluctant to trade him for anything but top dollar: He's still immensely valuable to them and their success over the next year-and-a-half.

Price was likely never a real possibility for the NL Central leaders, but there may have been some interest. However, if the Rays are turning down Addison Russell there is no chance the Brewers have what it takes to bring Price to Milwaukee.