It's time to move Marco Estrada to the bullpen

People have been crying for the move for weeks, but it wasn't until recently that we've had a large enough sample size to say without question it's time for a change. Now that time has come and the Brewers should embrace it.

Share All sharing options for: It's time to move Marco Estrada to the bullpen

The hot topic right now is Jimmy Nelson and rightfully so. He was recently ranked 38 on Baseball America's Top 50 Prospects list.  He's rocking a 1.46 ERA and is in the midst of a scoreless streak that has reached 22 innings. Meanwhile the major league club is in the middle of arguably their worst stretch of the season losing 7 of the last 8 games. Most everyone wants Nelson promoted to the Brewers rotation posthaste. Marco Estrada is more of an afterthought than anything, but I think he could be an excellent reliever given the chance. 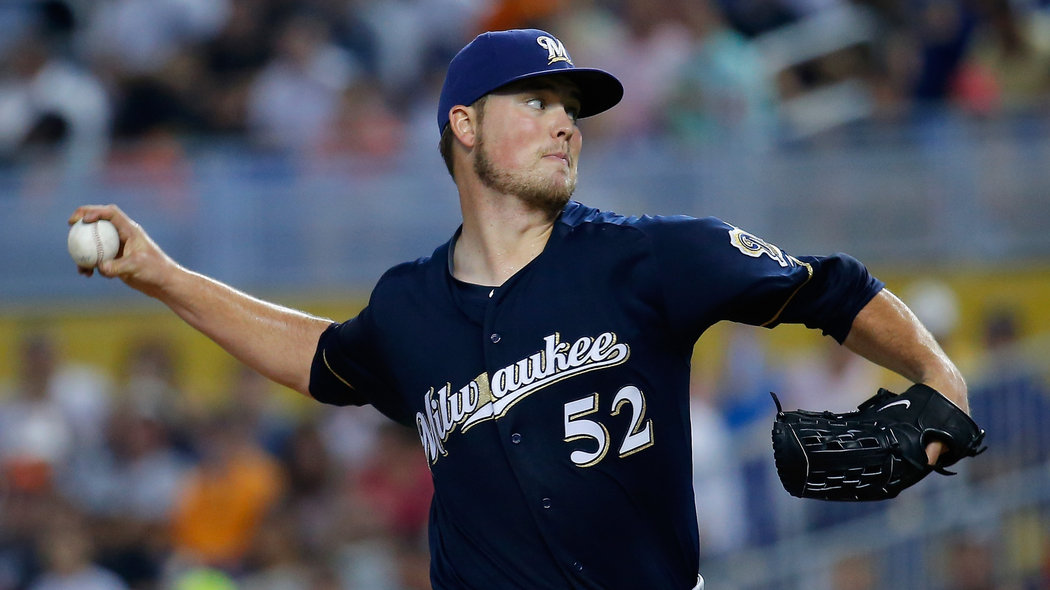 Marco Estrada looked like a great No. 5 coming into the season. Unfortunately it hasn't worked out that way and now his time in the rotation may be over.

Until recently I had strongly endorsed leaving Estrada in the rotation. He had been a very good starter the previous two years and criminally underrated by far too many Brewers fans. This home run thing is related to his declining stuff but it's also part luck. I wanted to wait and see if he could get it under control. Unfortunately that hasn't happened and we're no longer talking about a small sample size.

We're not even talking about a half season worth of innings versus full seasons. In 2012 Estrada pitched 138 innings. Last year he pitched 128. So far this season we have 107 innings worth of data. That's enough for me to compare his seasons and accept that it's time to make a change.

There are reasons to be excited about Estrada's ability out of the bullpen. Take a look at his results based on times through the order over his career:

Holy crap Marco Estrada has been awful the third time through the order this year. It's always been a problem, as it is for every pitcher, but this year the contrast is extreme. You'll also notice that opponent slugging is still an issue first time through the order. That's certainly a reason for concern, but everything else is sparkling, especially that strikeout to walk ratio. His current opponent batting average and OBP are pretty close to his career norms.

Estrada's fastball has always been a marginal pitch, but it's lost velocity each year he's been with the Brewers. It's gone from an average of 91.3 mph in 2010 down to 88.9 mph this year. Opponents are slugging .515 off his 4-seamer. Pitching out of the bullpen would likely allow Estrada to regain some of that velocity which can only help.

Unfortunately, his curve has resulted in a .611 opponent SLG%. I'm not sure adding velocity is going to help that pitch, but he might be able to get away with using it less which could.

I think it's time to try out Jimmy Nelson in the rotation. He seemingly has little left to learn in AAA and it's possible he could be quite effective as a major league starter right now. It's not just that. Marco Estrada has struggled as a stater this year. The Brewers are playoff contenders and so they can't wait too long for things like this to work themselves out. They need to be proactive and this is an area they can potentially easily improve.

All things considered, I believe it's now fair to say it's time to move Marco Estrada to the pen. I for one, think he could be deadly in that role. In the best case, the Brewers improve the rotation and the bullpen immediately and with 1 one move.