The Brewers still can (and may) make a trade in August

The non-waiver trade deadline is over, but trades can still be made. It can be confusing so I'll explain what the difference is and what we might expect the Brewers to do.

Share All sharing options for: The Brewers still can (and may) make a trade in August

The trade deadline was yesterday at 3 pm CT. As I'm sure you know by now the Brewers acquired Gerardo Parra from the Arizona Diamondbacks. What you might also know, is that technically only the non-waiver trade deadline is over and that waiver trades are still possible. Waiver deals differ in a few ways and I'll explain that before getting into what to expect the Brewers to do. 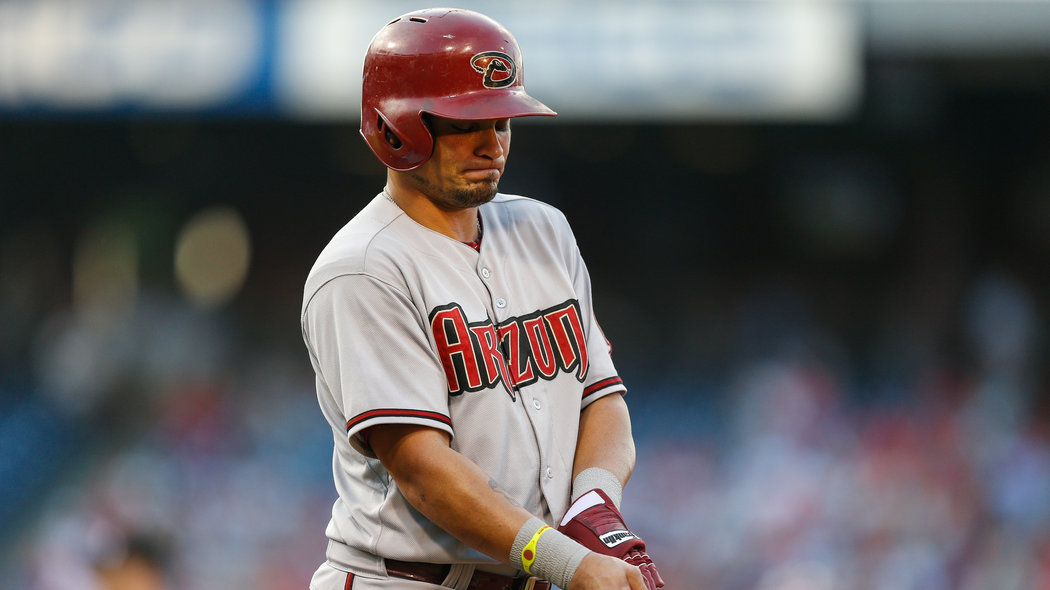 The Brewers will send Mitch Haniger, a top outfield prospect, to Arizona.

In order to make a trade in August, a player must be put on waivers. Once a team does that, all the other teams in baseball can put in a waiver claim on that player. The waiver priority is first league specific. By that I mean AL teams will get waiver priority on players on players from the AL and vice versa with NL players. If no teams in a specific league put a claim on the player, the other league has a chance. The waiver priority also goes by team record. The team with the worst record gets the highest priority.

If a team does claim a player, that player's team has a few options. They can work with the claiming team on a trade as they would normally. These trade talks are only between those two teams. If they don't come to terms, the team that put the player on waivers could simply allow the claiming to have said player. They'd get the player and whatever team control was left and be required to pay out whatever contract that player was signed for. The third and final option is that the original team could decide they're better of keeping him and pull him back off waivers.

If a player passes through waivers unclaimed, which often happens, then that team is free to negotiate with all 29 other teams as they would regularly. The Phillies didn't complete any trades by the non-waiver deadline which was somewhat surprising considering the players they have. I expect that team to be pretty active in August because it's very unlikely that someone puts a claim on a Cliff Lee or Cole Hamels because of the financial commitment they'd take on should the Phillies decided to just let them have one of those guys for the salary relief. For example.

There's one final thing to be aware of. Every team is probably going to put every player on waivers. It pretty much happens every year. There is a really good chance at some point in the next few weeks you're going to see on Twitter or maybe even the local new this: "Brewers put Ryan Braun on waivers!" No, it doesn't mean the Brewers don't want Braun or are trying to get rid of him. It doesn't even necessarily mean they're looking to trade away any players at all. Teams do this just in case. I mean, if someone wanted to really overpay for a player, they'd have to consider it. Teams will also do this if they're interested in trading away a player in the offseason. It gives them a heads up on who might have interest and perhaps what they might expect to get in return.

Specific to the Brewers, I think it's fair to expect them to attempt to acquire a right handed reliever. Tom Haudricourt tweeted exactly that. He also mentioned a few players the Brewers were looking at before the non-waiver deadline, noting that none of those players were traded and so still potentially available.

Depending on the day, the Brewers either have the best record in the NL or at least are among the best. If they want to put a claim on a reliever, they'll have to hope basically no one else does since almost all other teams will get waiver priority over the Brewers, especially if that reliever is on an AL team.

Their best bet might be to wait and see who passes through waivers. The only downside is that they might find themselves in a bidding war. If they tried and failed to get a reliever like Joaquin Benoit before the deadline, the chances that the price has come down significantly or the number of teams interested goes down is unlikely.

I know a lot of people were hoping to get a first baseman. I'd have loved an upgrade from Overbay (which isn't a huge feat) but an everyday starter was unlikely before the deadline. I believe it's just as unlikely now. We're probably going to have to be satisfied with a reliever if anything at all. I think that's probably fine.