Brewers @ Cardinals Series Preview: How significantly did the Cardinals improve?

The Cardinals were busy at the deadline acquiring two starting pitchers. Was it enough to put them over the top as division favorites just in time for their weekend series against the Brewers?

Share All sharing options for: Brewers @ Cardinals Series Preview: How significantly did the Cardinals improve?

The non-waiver deadline has passed and the NL Central has an entirely different landscape! Okay, not really. The Reds and the Pirates didn't do anything at all. I think the Reds because they've conceded they're out of contention and the Pirates mostly because they're satisfied with their team. The Brewers acquired Gerrardo Parra to upgrade their 4th outfielder position, to face some RHP in place of Khris Davis, and to protect against any prolonged absence by one of the 3 regulars.

Thinking through the Haniger for Parra trade 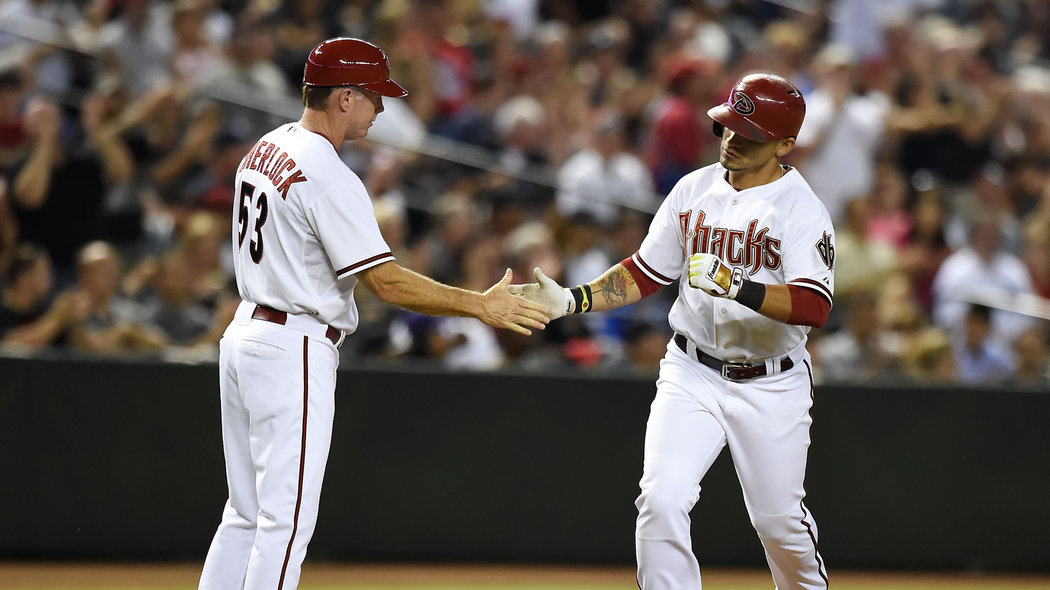 The Brewers got better at relatively little cost. There's a lot to like, but a sense that more needs to be done.

The Cardinals were the most active. They traded a prospect for buy-low candidate Justin Masterson. I'll talk about him more soon. The deal I find more interesting is the one that got them John Lackey. I think it's addition by addition and subtraction. Lackey isn't great, but he's a perfectly solid mid-rotation starter. He's the "addition by addition" part. The addition by subtraction is Joe Kelly and more importantly Allen Craig.

Kelly was the worst member of the Cardinals' rotation by quite a bit. The Cards benefit by not sending him and his current 4.37 ERA to the mound every fifth game. Allen Craig was the worst position player for the Cardinals by quite a bit. Only Daniel Descalso had a worse fWAR than Craig's -0.6, but Descalso was only a part time player. Craig had the 4th most plate appearances on team. Those plate appearances are now going to the Cardinals top prospect Oscar Taveras. He's not been good this year in limited playing time, but he'll likely only get better with more regular at-bats. It might not be an immediate upgrade though, which is something we should be hopeful for.

Overall I the Cardinals absolutely did improve their team. I'm just not convinced it's guaranteed to be a significant upgrade. ZIPS has both Lackey and Masterson projected for roughly a 4.00 ERA the rest of the way, though I'm not sure if that's been adjusted for their move to St. Louis. Regardless, neither is a great pitcher. They had good pitching for most of the year and it was only recently that they started running into major rotational issues due to injury. In my opinion, these two additions to their rotation represent not an improvement on what they once were, but a return to that after taking a dip in quality.

Their offense, on the other hand, has been rather poor all season. Here they've made one real change and that is giving Allen Craig's plate appearances to Oscar Taveras. His future performance will tell us if that means they significantly improved or not. For what it's worth, Craig's wRC+ to this point is 89 while Taveras' is 49. If Taveras doesn't improve, then neither did the Cards offense. While I wouldn't take that bet, he is just one player. If their offense did technically improve, can one bat really be considered a significant difference?

Adam Wainwright is pretty damn great. It's really frustrating that one of baseball's best pitchers is a St. Louis Cardinal. If you want some hope to cling to, his 2.63 FIP and maybe more importantly his 3.37 xFIP suggest he's due for some regression. His 0.24 HR/9 is absurdly low even for Wainwright. His second lowest mark was last year at 0.56 HR/9.

Justin Masterson did not perform well at all with the Indians, but don't be fooled by his 5.51 ERA. He is better than that. He get's a ton of ground balls (56.5 career GB%) and where the Indians infield was lacking, the Cardinals' isn't. That might be enough to significantly lower is season BABIP which was an unsustainable .350 to begin with.

That'll also go a long way towards bringing that .275 BAA down too. It's not a given though. While he does have the highest GB% of his career, he also has the highest LD% of his career. His career BAA is .255 so he's never been terribly good at limiting hits.

It's not all poor defense that has hurt Masterson this year. He has a terrible 12.4% walk rate. That coupled with his high BAA has resulted in a laughable 1.65 WHIP (1.29 is average). He has seen his average fastball velocity dip by more than 2 mph from last year. While that is alarming, it likely due to a knee injure he has been dealing with since the start of the season. In fact, Masterson was on the DL when the Cardinals acquired him. He hasn't made a start since July 7th so the Cardinals are really rolling the dice here. I'm sure his medicals checked out or they wouldn't have traded for him. However, he might still be dealing with some lingering issue that hinder his performance.

Of note for the Brewers: Masterson has more success facing RHH than LHH. In fact, he's been pretty awful this year when facing them. They're hitting him for a triple slash of 323/416/519. Expect to see Scooter Gennett, Lyle Overbay, and the newly acquired Gerardo Parra starting. This might be the first start for Parra as a Brewer and there's a good chance he could be a difference maker at least in this one game.

Anytime you're facing Adam Wainwright you have to feel a little uncomfortable. That's going to be a tough game but I'm confident in Wily Peralta and I like the Brewers offense a lot more than the Cardinals'. Saturday's game could be equally tough. The Cards blistered Jimmy Nelson the first time they faced him. I think there's a good chance he performs better this time if only because it's hard to do worse than 8 runs allowed (6 ER) in 4.1 innings. I think the real difference maker is going to be how well Masterson performs. Sunday's game is another toss up. Both starters are very good. If I had to give it to one team based on offense, I'm going Brewers. Therefore I'm hopeful the Brewers can take 2 out of 3.

Editor's Note: SB Nation's partner FanDuel is hosting a one-day $18,000 Fantasy Baseball league for tonight's MLB games. It's $2 to join and first prize is $2,000. Jump in now.Here's the FanDuel link!