Attanasio had originally been in favor of Red Sox chairman Tom Werner, but changed sides in the second round of voting.

Though new MLB commissioner Rob Manfred was technically elected by the owners unanimously, in the first vote he had originally fallen one vote short of the 23 needed to name him to the position. It was only after one of the 30 MLB owners shifted positions that retiring commissioner Bud Selig was able to convince the remaining seven to also vote Manfred as a show of unity.

According to reports, that final deciding vote came from Brewers' owner Mark Attanasio, who appears to have originally voted for Red Sox chairman Tom Werner before changing sides to give Manfred the office. Werner had been the only other candidate opposing Manfred after MLB Executive Vice President of Business Tim Brosnan removed his name from the running.

Appreciating the effect Mark Attanasio has had on the Brewers 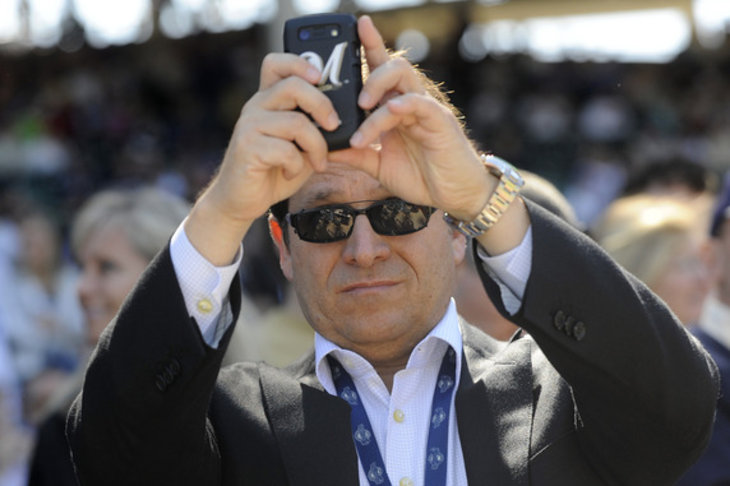 Mark Attanasio has turned the Brewers from clowns to yearly contenders

The seven teams remaining who opposed Manfred after Attanasio switched sides were reported the White Sox, the Red Sox (obviously), the Blue Jays, the Diamondbacks, the Angels, the Rays and the Reds.

White Sox owner Jerry Reinsdorf had reportedly been leading the push against Manfred, who was assumed to be Bud Selig's hand-picked choice to take over. With Attanasio on their side, the owners against Manfred had hoped to block voting enough to throw the process into disarray and convince other voters to come over to their side.

It's interesting to note that Reinsdorf had been a key influencer in getting former MLB commissioner Faye Vincent out of office and allowing Selig to rise to the position.

It's also worth pointing out that both Attanasio and Rays' owner Stuart Sternberg had interviewed for commissioner at one point. Though the Rays had apparently voted for Manfred right away, it's possible that those two, along with Werner, had been the opposing-eight's favorites to go against Manfred and Selig. That shows just how strong Attanasio's influence has become in the decade since purchasing the Brewers from the Selig family.

That influence could mean Attanasio might see a rise in power around the MLB. After basically deciding this election, perhaps Manfred will see him in a favorable light. Manfred's ascendance to the top spot in baseball leaves the position of chief operating officer open. Could Attanasio be considered for such a spot, or another position among MLB's executives? Would Attanasio be open to that and willingly give up ownership of the Brewers?

Who knows. There have been no rumors on Attanasio being considered for any such position outside of the report he interviewed for commissioner -- it's just conjecture that his growing prestige might earn him another spot. For now, however, Attanasio is still owner of the Brewers. Apparently, he's keeping things interesting while in that position.