Baseball's blackout restrictions have long been scrutinized, but the league may be closing an on an agreement to ease them slightly.

Major League Baseball is taking steps to ease their blackout restrictions possibly as early as next season, according to an Associated Press report.

Bob Bowman, President and CEO of MLB Advanced Media, is apparently 'optimistic' that a deal will soon be reached with cable providers that could allow those trying to watch games on the computer or on mobile devices (see: Using MLB.tv) in their home markets to be able to do so. Currently, there is no completely legal way for people in Milwaukee to watch Brewers games on MLB.tv due to blackout restrictions.

Of course, it's not perfect: You'll still have to be paying for a cable subscription to be able to take advantage of this current plan. There are plenty of other streaming channels that do the same thing. HBOGO and WATCHESPN, for example, require you to first log in with a verified cable login/password before you can view any programming.

Maybe this is just the first step in creating blackout rules that actually make sense, if we need blackout rules at all. States with no teams of their own are especially screwed over -- for instance, Iowa is blacked out from Brewers, Cubs, White Sox, Twins, Cardinals and Royals games, meaning on any given day Iowans may not be able to watch as many as 12 of 15 possible games. 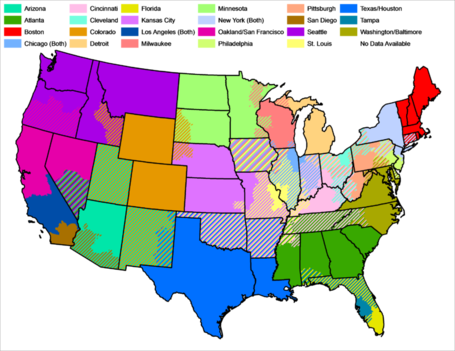 The current black out rules are hurting both the game and the fans. MLB fails to fully capitalize on the younger demographic they say they want as younger people tend to watch more and more on non-cable devices. Fans, of course, are unable to watch their home team if they live in that market and don't want to pay occasionally cost-prohibitive prices for cable packages.

Still, it's good to see MLB taking some steps towards improving the archaic blackout restrictions they still hold. Bowman and co seem like they know it's awful and want to fix it, at least.